Andrew Jefford Uncorked: Reflections on a Career as a Wine Writer

Meeting Andrew Jefford today could easily lead one to believe that he was born knowing enormous volumes of information about the wines of the world, and has always been able to explain them in the manner of a poet laureate. As the leader of a 2016 Wine Scholar Guild study tour of Southwest France, his presentation (with global parallels) to a small but diverse group of educators and wine professionals was quite natural, charming, articulate, insightful, and generous.

Group feedback about Andrew includes these admirable qualities: knowledgeable about local context, well prepared, flexible and adaptive, clear "voice" (speaking and writing), exceedingly patient, gifted at capturing the essence of ideas with beautiful words, an amazing ability to write great tasting notes in record time, erudite yet accessible. In short, it is a privilege to be tutored in person while traveling with Andrew Jefford.

Andrew's journey to a long career in wine started auspiciously. The son of a vicar, Andrew and his two brothers were raised in a home of modest means. The only alcohol they could afford was a bottle of cider for Sunday lunch. "I decided that wasn't enough and started making homemade wine from grape juice, carrots, nettles, elderflowers -- basically anything that could be fermented." Through this experience, Andrew learned a lot about the basics of the winemaking process.

During a gap year between school and university, Andrew worked in a hospital. With a bit of money in his pocket, he started buying wine and wine books. Early on he bought a bottle of 1971 Chateau Lafite -- not terribly expensive at the time -- to see what it was like. Though he wasn't overly impressed with this particular bottle because 1971 hadn't been a great vintage, his quest to experience great wines was fully launched. Then and now, red Bordeaux is a favorite for Andrew. Today's Bordolais winemakers are "light years ahead of other regions in their understanding of the quality of tannins vs. sugar and acidity. Bordeaux ages more satisfyingly, and more predictably, than most other wines." 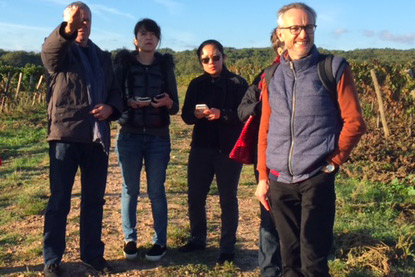 At Chateau Plaisance in Fronton 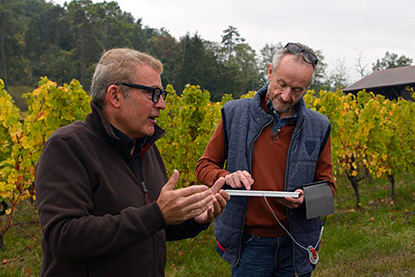 Back to having no money, Andrew earned two degrees from the Universities of Reading and East Anglia. After university, he worked four years as an editor for a publishing company. Somewhat bored with editorial roles, and enjoying writing much more, he decided to pursue writing for a living. Andrew got wind of a book packager seeking a writer for a book about Port "quickly and cheaply." Even though he hadn't been to Portugal, Andrew got the job, researched the subject "with passion," and got the book published! His interest in learning fluent French was inspired during this time while also pursuing post-graduate research in literature for a Ph.D. he ultimately decided not to complete.

After a period of freelance writing and editing, in 1988 Andrew started writing consistently about wine. In addition to his inaugural book on Port, Andrew's self-selected top three books are "The New France" (2002), "Peat Smoke & Spirit" (2004), and "Andrew Jefford's Wine Course" (2008). He has won six Roederer Awards for wine writing. Journals have also been a major component of Andrew's prolific writing career. Former editor of the now defunct Wine Magazine (UK), Margaret Rand, gave Andrew a good review of his book on Port. Rand offered him the opportunity to write feature articles about wines of the world if he sorted out the travel logistics himeself. His first feature was about Sicily long before anybody was writing about it. Andrew was hooked! In 1998, he was offered a monthly column in Decenter which continues to this day. In 2004, he joined a group of wine writers to create a new journal called World of Fine Wine, further diversifying his writing portfolio, and in 2011 he started a weekly blog column on his own website www.andrewjefford.com. 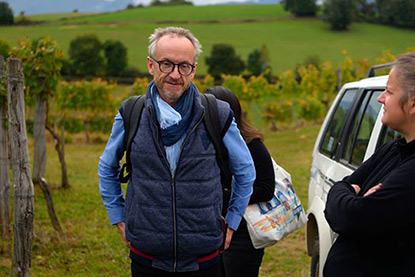 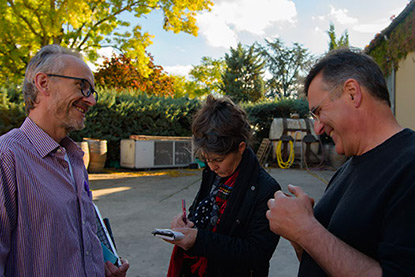 At Domaine d'Escausses in Gaillac

Today it is virtually impossible to forge a career exclusively from writing about wine. There are increasing numbers of "volunteer" wine writers -- people who are passionate about wine, want to share their perspectives, and are willing to do so as hobbyists for very little or no money. (Disclosure: this wine writer is one of them!) "About 25% of the people who are passionate about wine also want to write about it. The state of wine writing is very healthy, and astonishingly democratized, thanks to Internet, social media, and the proliferation of wine drinking around the world. It is quite interesting to research different perspectives and discover themes for writing projects. And the more people who comment on my writing, the happier I am."

It has actually never been possible for anyone but full-time staff writers to make a living just from writing. Partially out of financial necessity, and in part owing to natural learning curiosity, Andrew gradually added other business pursuits in England and France to his core wine writing. He has consulted on the menu for a Michelin two-star restaurant; participates in judging Decanter world wine awards; has written about travel, perfume, and tea for other publications; and began leading wine tours for Arblaster & Clarke over a decade ago. For Wine Scholar Guild, Andrew leads up to three tours in France per year. Andrew is very transparent about the fact that less than half of his income comes from journalism, and the challenge that extensive travel means in being away from his family for week-long stints totalling about three months each year.

In an interview for this story, Andrew shared three perspectives on the state of wine at this stage in his career:

What's next for Andrew? The bits of writing he enjoys most personally are his "One Bottle" column for World of Fine Wine and the blog for Decanter. In both cases, he has journalistic freedom to choose the bottles, people, places, and their respective stories. It may be possible to assemble a collection of his best journalism. We will all look forward to that anthology! 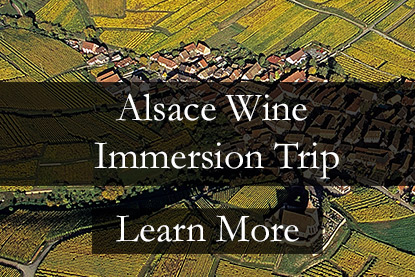 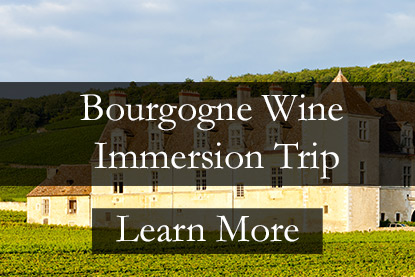