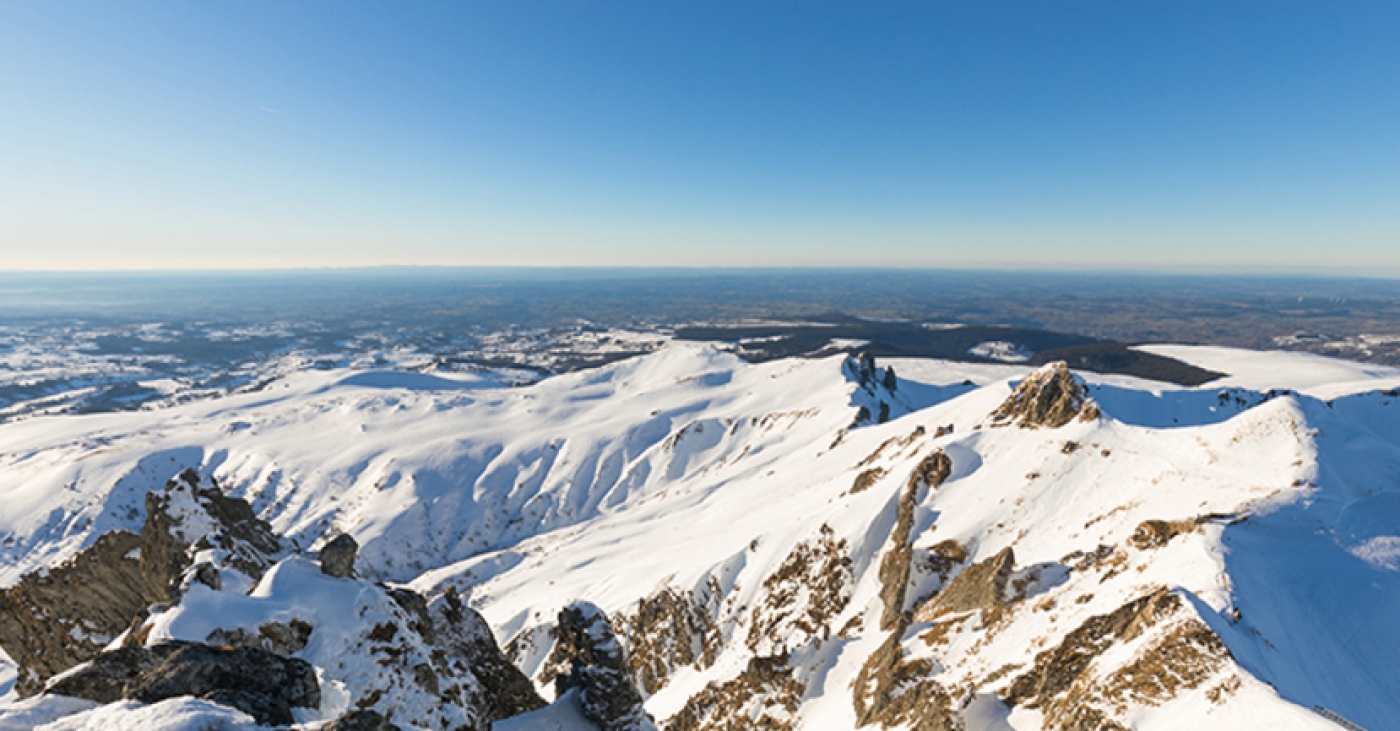 As an American student, French geography was sadly lacking in my education. An examination of the Massif Central (ma-seef cen-trale) was not taught alongside the study of The Rocky Mountains.

The word “massif” is most commonly defined as a group of mountains and is taken from the French where it also means “massive.” No surprise there.

Geologically, the term refers to a portion of the earth’s crust that is bounded together by faults into a mass that is either raised or depressed as a whole. The Massif Central mass was elevated from surrounding areas by volcanic activity and includes roughly 450 extinct volcanoes.

Multiple mountain peaks and plateaus are found within its boundaries. The elevation of the massif’s plateaus averages approximately 2,500 ft/760 m in elevation, while its highest peaks reach more than 6,100 ft/ 1860 m high.

Puy de Sancy in the northern section is the highest peak and is a popular destination for skiers. Individual ranges of note include Monts Dore, Monts du Vivarais, Cévennes and Montagne Noire.

The Massif Central covers a large area—roughly 15 percent of the entire country! 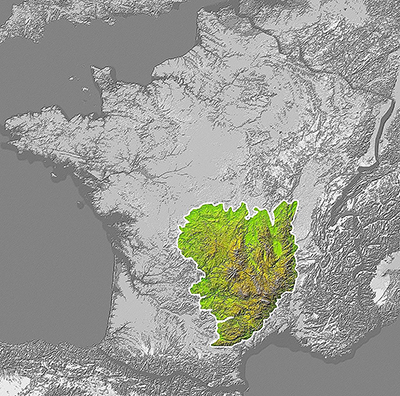 It is encircled by lower elevation areas including the Loire River valley, the Paris Basin, the Rhône River Valley and Languedoc’s coastal lowlands.

The majority of the Massif Central is forested and rural, but there are three sizable cities within the region—Clermont-Ferrand, Saint-Étienne and Limoges. Potters around Limoges have been making world-renowned pottery and porcelain for centuries. The city is also known for its cooperages who make the famous French-oak wine barrels from wood harvested in the nearby Limousin forest.

Agriculture is also important to this central region, particularly cattle rearing in the north and dairy farming to the east. Sheep are also significant to the region, and one of France’s best-known cheeses is made here. The famous Cambalou caves in the Languedoc’s Causse du Larzac is where Roquefort cheese “turns blue” before landing on your table. 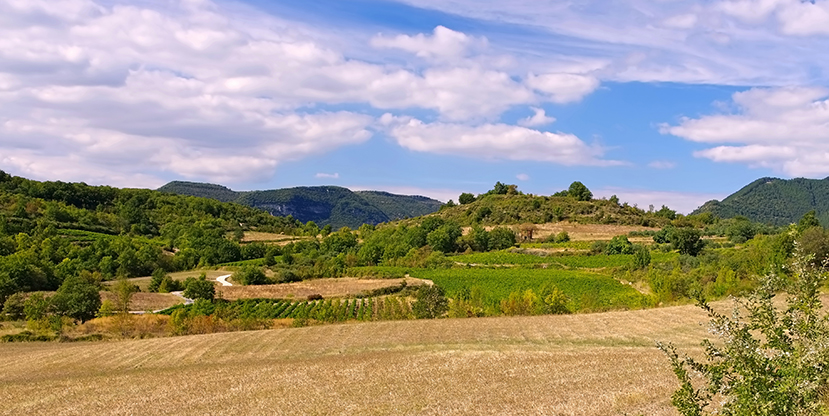 There are some vineyards planted in the massif’s foothills. Appellations to look for include the Loire’s Côtes d’Auvergne AOC, Languedoc’s Faugères and Saint-Chinian AOCs and Marcillac, found in the Southwest wine region.