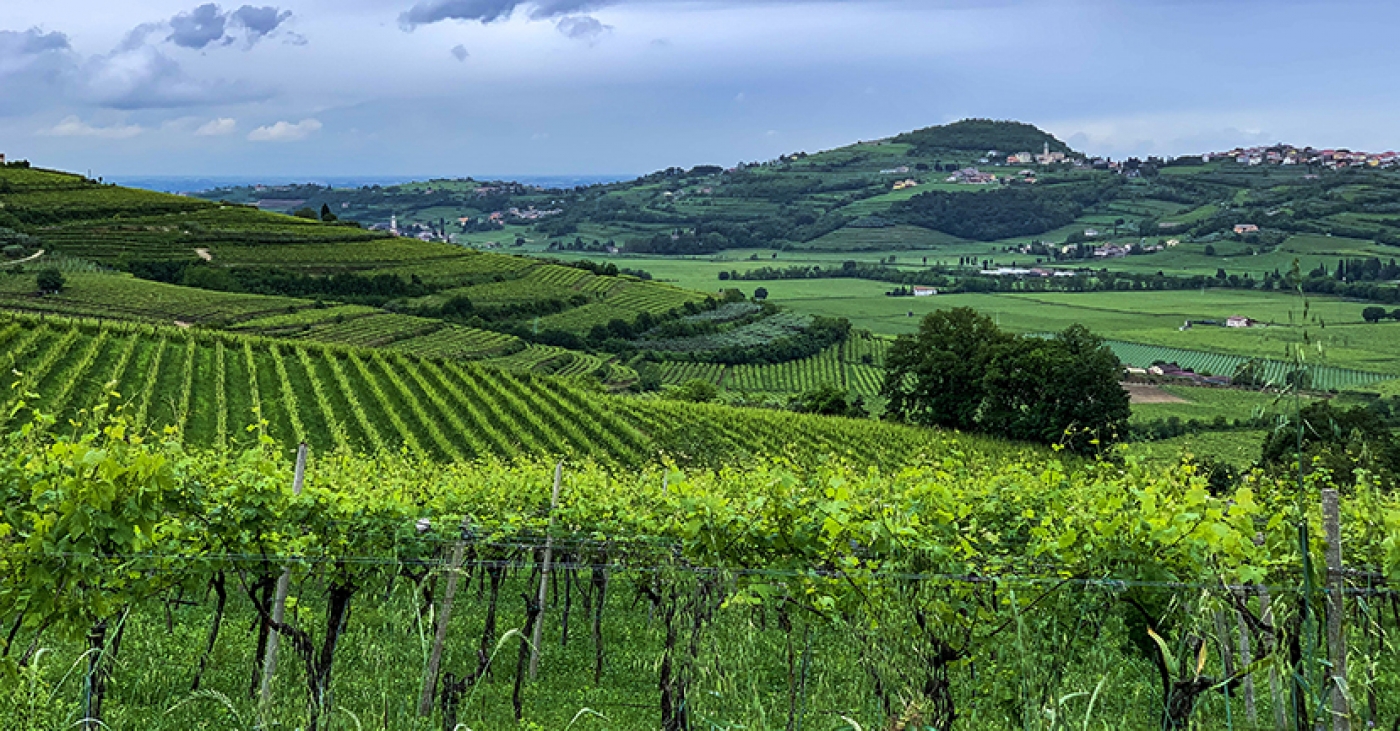 The wines of Valpolicella dance across the tongue with the same lift and loveliness as the name itself. Ideal with humble pastas as well as lighter red meats and game birds, it is well-suited to the table. As the  more modest bottling of the Valpolicella region, it is largely (and unfairly) overlooked among Italian reds these days.

Valpolicella is the so-called “everyday” red wine of the eponymous production zone that is situated just north of the city of Verona, and extends west and east of the city. Other reds here include the iconic Amarone della Valpolicella as well as Ripasso, a wine made via a method of refermentation and remaceration, in which a Valpolicella is “repassed” over the skins of grapes used for Amarone. 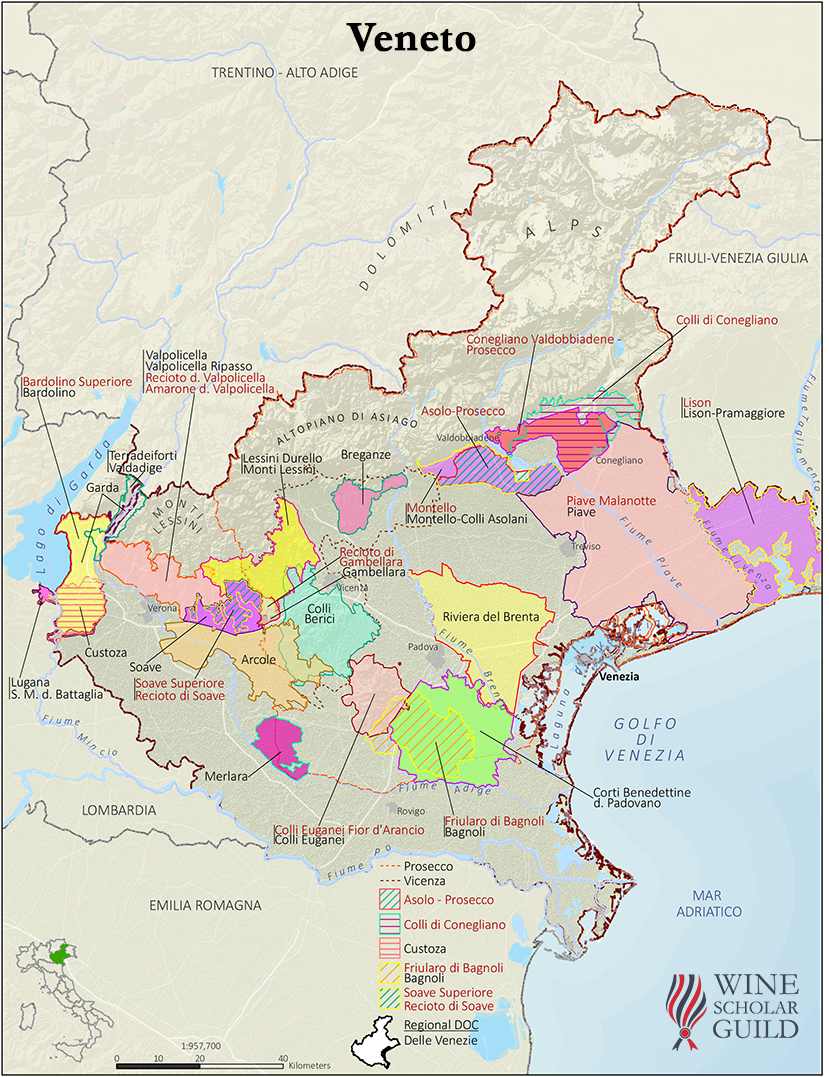 These last two wines, riper, bolder and sexier in nature, are principal reasons why Valpolicella is so frequently part of the discussion of important Italian red wines these days; how can Valpolicella compete with more dynamic wines such as these?

Clearly, it’s up to the producers to make quality examples of Valpolicella, and here is a principal reason why the wine currently receives little respect – too many versions are monotonous. Why is this so? One explanation is that the best local grapes are targeted for Amarone; given the price difference between Amarone and Valpolicella, this makes perfect sense. Unfortunately, this leads to the “you can’t make a silk purse from a sow’s ear” argument, so for too many vintners, as there is not a demand for Valpolicella with great complexity and/or the structure to age for a decade or more, we get a lot of very simple, even boring wines.

This wasn’t always the case, as many of us that love Italian wines grew up on well-made Valpolicella that was a fine introduction to the distinctive reds of this area, blended from varieties such as Corvina, Rondinella and Molinara among others. These were – and are at their best – light to medium-bodied reds with a pleasing mix of tasty red fruit, spice and tannin that were approachable upon release or could in the finest versions, age for five, seven, even ten years or longer, thanks to a style of winemaking that emphasized balance and freshness instead of powerful concentration. 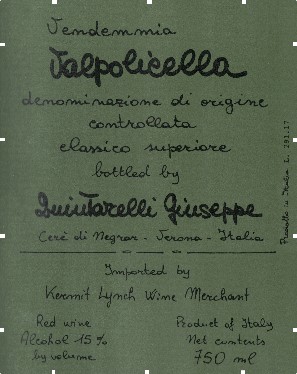 The remarkable Valpolicella made by Quintarelli is a prime example of what can be done with this wine, one that puts many versions of Amarone to shame. Yet this is certainly not a typical Valpolicella – especially regarding price – so what I’m after here is a modestly priced – let’s say between $18-25 retail – Valpolicella that offers the complexity and distinctiveness that one should find more often with this wine. 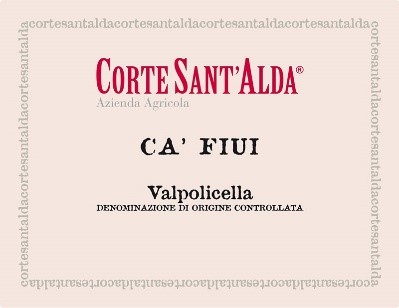 Thankfully, there are some producers that are committed to making this style of Valpolicella; among my favorites are Corte Sant’Alda, from the Mezzane Valley in the eastern hills of the Valpolicella zone – their Valpolicella Ca’ Fiui is rich in spice, and beautifully balanced – as well as Secondo Marco, a truly classic, approachable, seductive Valpolicella that is equally at home with humble pastas or roast lamb, and I Vigneti di Ettore, a relatively new label in Negrar. This estate is managed by the Righetti family, one that has been growing grapes since the 1930s, but has only produced wine since 2011.

I spoke with Gabriele Righetti, who works with his father and grandfather at the winery, about the lack of more quality driven Valpolicella; his answers reveal that this is a multi-layered situation. “In the last twenty years,” Righetti remarks, “quality was a synonym of an over-extracted style and very ripe style, with extra deep color and lots of residual sugar. Following this philosophy some wine producers forgot the peculiar characteristic of Valpolicella wines: freshness, drinkability and elegance. Another reason was also the influence of Anglo-Saxon wine magazines, that have at times communicated a globalized concept of quality, not valuing the different areas and the typical features of their traditional grapes.”

Righetti also believes that the switch by many growers from the traditional pergola training system to the more modern Guyot has not been a good decision in these days of climate change. “The Guyot training system exposes our traditional grapes to the risk of excessive insolation and sunburned grapes that result in overripe, caramelized notes that you can find in some wines. “The pergola training system, in reverse, ensures a cooler microclimate, thanks to the shading created by the leaves; that gives to the grapes fresher aromas and higher acidity, which are very important for aging potential.”

At Tedeschi, located in San Pietro in Cariano, proprietor/winemaker Riccardo Tedeschi points out that it takes a good deal of effort to craft a well-made Valpolicella. “Our varieties are very spicy, even more spiced than fruity, especially in the cooler vintages. Therefore, it is fundamental first to choose the area/vineyard where to make it: the choice falls on where the fruit balance is more of a factor than the spices and where we get a good natural concentration.” 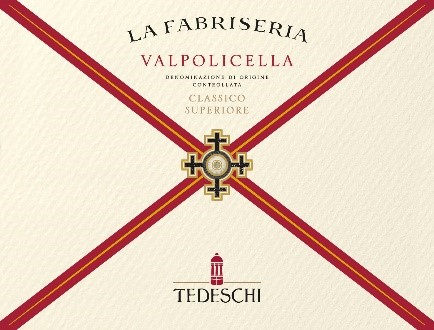 The two best examples of Tedeschi Valpolicella are their Maternigo and Fabriseria offerings, both from low-yielding vineyards that routinely produce grapes with more distinct characteristics. “Dedication is fundamental to get good wines,” Tedeschi says, “especially in our region that has difficult varieties such as Corvina, Corvinone and Rondinella.” As to aging potential of these special Valpolicella, he comments, “I am not sure if the shelf life of Valpolicella could reach 15 years. However, we started to make these single vineyard Valpolicellas in 2006, and they are still in great shape.” 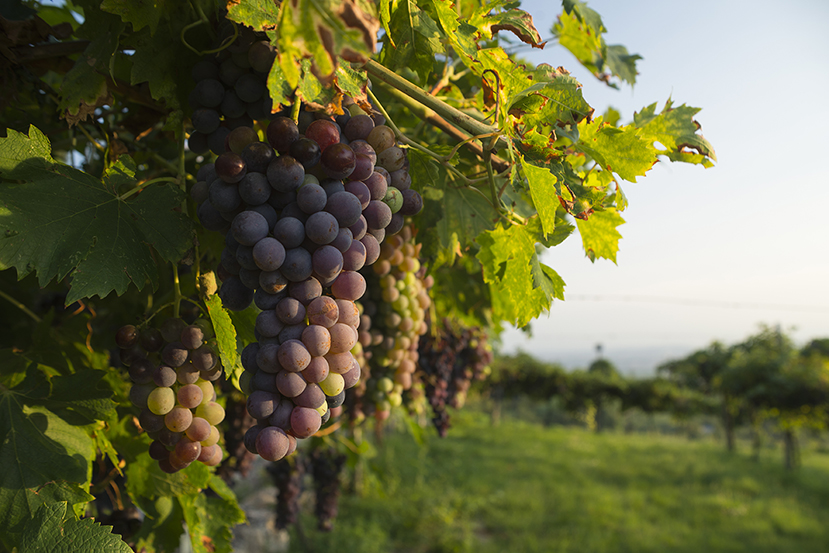 Finally, any discussion of the excellence of Valpolicella must include the “Casal Vegri” from Ca’ La Bionda, a great artisan estate located in Marano. Winemaker Alessandro Castellani sources the grapes for this Valpolicella Superiore from the lower section (150 to 300 meters or 500 to 1000 feet) of the Ravizzol vineyard, the basis for his cru Amarone. Commenting on the recently released 2016 Casal Vegri Valpolicella, he notes, “It was a great vintage for Valpolicella, because the fruit was really ripe, which is very important for Valpolicella. With Amarone, we try to harvest sometimes a little bit early to maintain acidity. But with Valpolicella, we need full ripeness, because if not, it’s a problem for the quality. If the grapes aren’t fully ripened, you have nothing.” 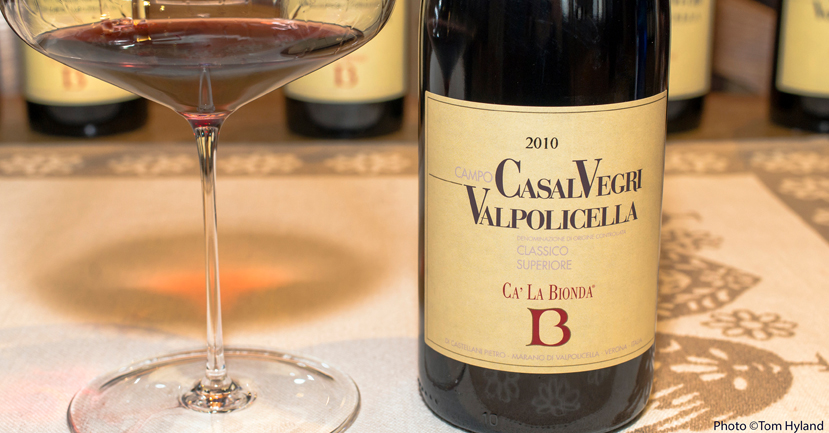 To give you an idea of the excellence of the Casal Vegri Valpolicella from Ca’ La Bionda, taste some of the older releases; I did just that during a recent visit to the cellars. The 2010 offers seductive aromas of strawberry preserves and black plum with notes of tar and tobacco; there is excellent persistence and complexity, and the wine displays superb harmony as it honors its terroir. For my tasting notes, I predicted the wine would have another 7-10 years of drinkability. For the 2008, another beautifully balanced wine with very good acidity and freshness, peak should arrive in 5-7 years.

As if that wasn’t enough, Castellani also produces a limited amount of Casa Vegri Valpolicella labeled as Decennale; for this wine, he releases it on its 10th birthday, having spent nine years in barrel and one year in the bottle before its availability in the market. The 2008 offers wild strawberry fruit and notes of coffee, with excellent acidity and a long, long finish. An outstanding wine that has at least 7-10 years of life ahead of it, this is a stellar example that Valpolicella from the best sites, when treated with passion and skill by the best winemakers, can truly be a great wine.

From the same author: