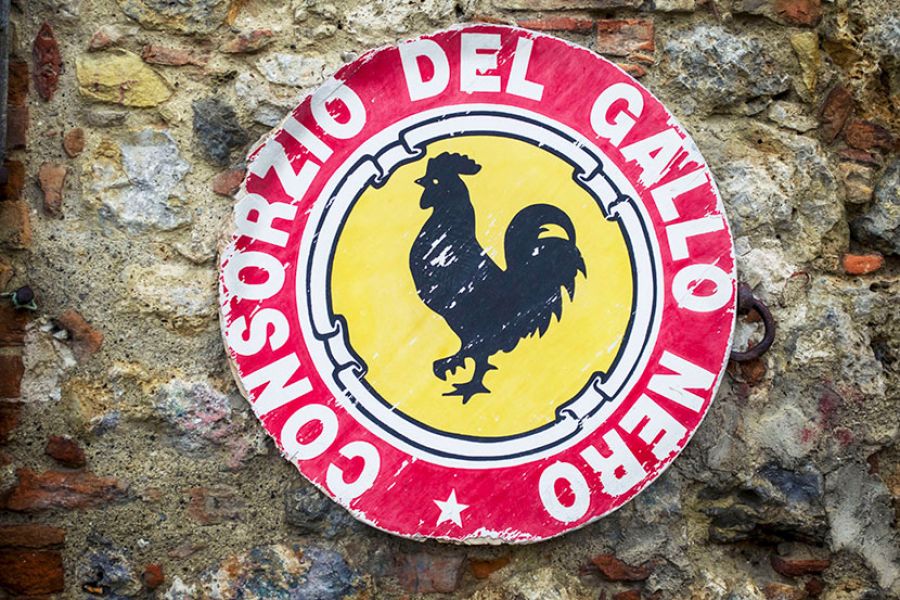 The Gallo Nero (Black Rooster) was the historic symbol of the League of Chianti and has become the symbol of the wines of Chianti Classico. The Black Rooster symbol is linked to a medieval legend that takes place during the time of open hostilities between Firenze and Siena for control of the Chianti territory.

In order to end the dispute and finally define the political boundaries between the two cities for once and for all, it was decided that two knights would depart from their respective cities at sunrise and fix the boundary between the two city-states at the point where they met. The rooster’s crow at dawn was the signal for the knights to start riding. The Sieneses opted for a white rooster; the Florentines chose a black rooster.

The Florentines kept their rooster in a small, dark chicken-coop and did not feed it for days. On the day of the ride, once the black rooster was freed, it began to crow well ahead of dawn, allowing for the Florentine knight to depart well in advance of the Sienese knight.

Thanks to his considerable head start, the Florentine knight met his opponent in Fonterutoli, only 12 km from the point of departure of the Sienese knight. This allowed Firenze to control nearly the entirety of the Chianti territory.

This is an abstract pulled from the Italian Wine Scholar manual.