Ten Fascinating Wines to Look Out for from South West France 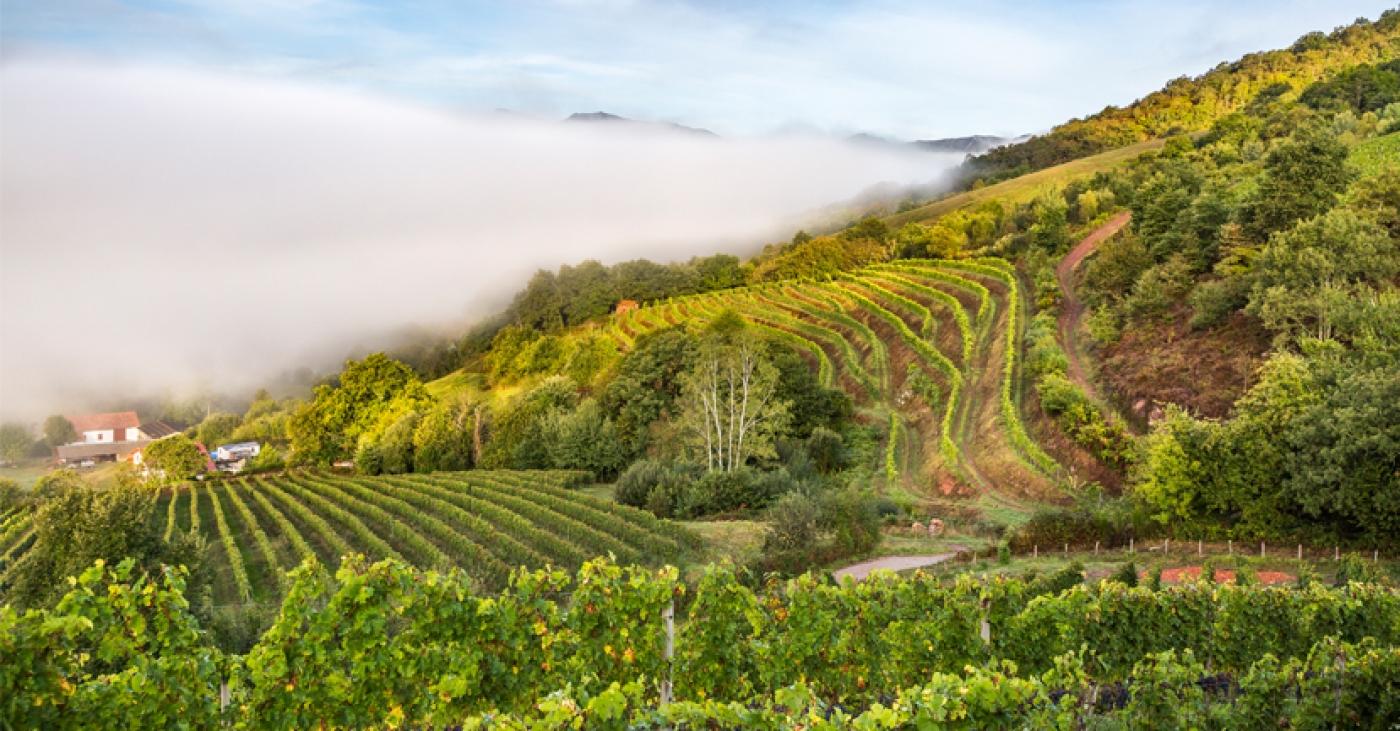 What is France’s greatest undiscovered wine region? Where do you find the greatest value for money in French wine? Where would you look around France to find potential fine-wine quality at affordable wine prices? Three questions … and from me the same answer to each: South West France.

Perhaps the name is a problem: it sounds a little vague. I’ve always thought the region should call itself ‘Greater Gascony’ -- though that would upset some members of the South Western confederacy, so it won’t happen. Another problem South West France faces is that it’s constituted by a cluster of often remote appellations, from Bergerac at Bordeaux’s back door down to Irouléguy in Basque Country, not forgetting Cahors in the historical ‘High Country’ and Béarnais Jurançon. Distance presents its own challenges. Finally many of those appellations are so small that it’s hard for them to make a wave in the market. They export a bit here, they export a bit there, they sell to the locals – and then all the wine is gone, before the world at large has had a chance to wake up and take notice.

If you don’t know them yet, here’s a list of ten fascinating wines to hunt down. I haven’t specified vintages, since you may find a number of different ones in the market; all the wines, though, come from outstanding producers crafting the best wine they can manage every year. Since 2013 on the Atlantic coast, there have been no truly dismal South Western vintages, so this isn’t a bad time to take pot luck. Happy hunting! I list the wines by appellation, in alphabetical order.

There are some propitious zones in the greater Bergerac area, lying both north and south of the Dordogne river, but the region is almost cursed by its proximity to Bordeaux.  In the ever-hierarchical scheme of French wine grandeur, that means that Bergerac must always (and quite unfairly) cost less than Bordeaux, holding back the region’s potential in a kind of poverty trap.  The de Conti family is a regional star, constantly innovating and re-thinking both in the cellar and the winery.  I’ve picked out this white wine since it showcases ripe Sémillon, blended with 40 per cent Sauvignon Blanc and 10 per cent Muscadelle, fermented with skin maceration and lees contact but no oak: vivacious, exotic, yet creamy too.  In Bergerac as in Pessac-Léognan and for white Bordeaux more generally, the rise of Sauvignon Blanc is ubiquitous.  That seems to me a great shame, as it’s Sémillon in the blend which lends gastronomic interest to these South Western whites. 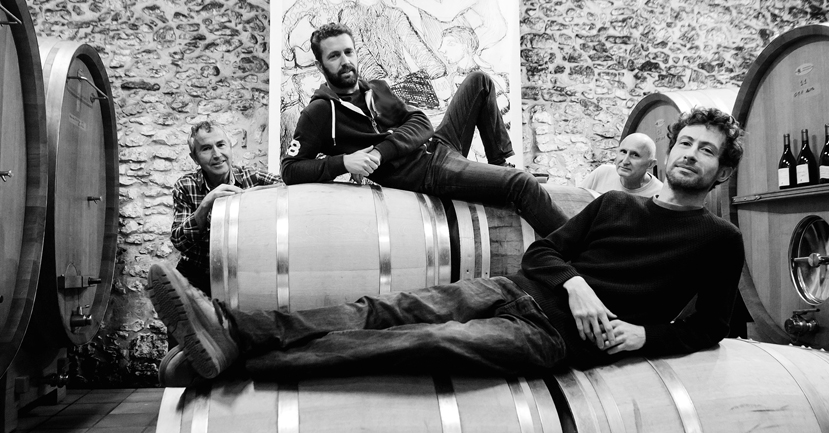 Few wine-makers have driven his appellation forward over the last two decades like Pascal Verghaeghe, and this wine is the great classic from the family domain he runs with his brother Jean-Marc: a long-macerated pure Malbec from two different soil types, one classic river gravels and the other a limestone dejection cone running off the hillside causses: firm, dark, structured yet fruit-packed, too, with the exciting wildness, freshness and incision which the best Cahors always reveals.  No hurry to drink this.  By the way, fans of natural wine should look out for the no-added-sulphur L’Envie cuvée from Ch Haut-Montplaisir, made in a less structured, pure-fruit style, and a terrific success every time I have tried it.  Cahors bursts at the seams with wonderful efforts: it’s a little world of its own, and one day will be recognized as producing some of the greatest red wines of France.

Typically for South West France, the Côtes du Marmandais lies in a zone of multifarious agricultural activities – yet another reason for South Western AOCs being less widely known than they should be. But the Marmandais is lucky enough to be home to one of the great South Western winemaking talents: the visionary Elian da Ros who, having trained with Olivier Humbrecht in Alsace, then came home to prove that a region no one formerly took seriously could produce outstanding wines. Coucou Blanc showcases his work with the two Sauvignons (Blanc and Gris) plus Sémillon, given slow, firm pressing to extract every aromatic nuance, but the range is packed with jewels. Look out for the local variety Abouriou variously showcased in da Ros’s Outre Rouge, Le Vin Est Un Fête and the wine he calls, simply enough, Abouriou; the Cabernet Franc-dominated Le Vignoble d’Elian; and the single-parcel Clos Baquey.

Students will know the simple yet delicious wines of IGP Côtes de Gascogne: fresh, fragrant, ultra-quaffable and sometimes well-rounded with a little residual sugar. It’s one of wine-growing France’s greatest export successes. Why do I mention this? Because Côtes de Saint Mont is the appellation via which IGP Côtes de Gascogne gets serious. Almost all the wine here is produced by one of France’s greatest co-operatives, Producteurs Plaimont, and its ambitious reds (notably the single-vineyard Monastère de St Mont and the Vignes Préphylloxériques: 1,500 bottles produced from a small plot of mostly Tannat, planted in 1871 and classified by the French authorities as a ‘historic monument’) are collector’s items. This wine, by contrast, is one of France’s greatest white wine bargains: Gros Manseng, Petit Courbu and Arrufiac grown on three different soil types. It is packed with perfume, has flavours which deliver both high impact and complexity, yet in France is available for less than ten euros a bottle.

Toulouse is the great regional centre of the South West and of the newly minted French region of Occitanie -- and it has its own local wine, grown in vineyards north of the city. That’s Fronton: juicy, sometimes floral, with raspberry or cherry fruits, peppery-fresh and quaffable, playing a similar role for Toulouse to that played by Beaujolais for Lyon. Like Beaujolais, too, Fronton showcases a local variety, in this case the Négrette, though most blends of Fronton mix Négrette with other varieties in order to give it a little more structure (often Syrah, Cabernet or Fer Servadou). The Ribes family of Domaine le Roc is one of the few local producers to produce a pure Négrette -- its Folle Noire d’Ambat. This is grown on iron-rich clay-silt rouget soils similar, though not identical, to the rougiers found in Marcillac (see below) at relatively high density for the region (5,000 plants per ha): after a two-week fermentation it gets eight to ten months in large oak. This light red is ideal for chilling and doesn’t need food: enjoy the perfumes and the silky fruits on their own or with an aperitif.

Gaillac was one of the two Grands Crus of Roman Gaul (the other one was constituted by the vineyards around present-day Vienne, Ampuis and Tain), and the vineyards remained significant for a millennium and a half. The greatest ‘summit’ meeting of the C15 was when François I of France met the still-dashing young Henry VIII of England at ‘The Field of the Cloth of Gold’ in 1520. François gave Henry 50 barrels of Gaillac. Then came a long sleep from which this appellation on the Tarn river is only just awakening. Braucol (aka Fer Servadou) is the local red-variety speciality, and you can see it at work with 45 per cent Syrah and 10 per cent Cabernet Sauvignon in this smoky-savoury red from the Balaran family’s Domaine d’Escausses: the South West at its most digestible and accessible.

Irouléguy is France’s picturesque back gate: high, green vineyards, lush with ample rain and surrounded by heather, just over the Pyrenean pilgrim passes from Spain. The main vine varieties used in this Basque region echo those you’ll find in Madiran (Gros Manseng, Petit Manseng and Petit Courbu for whites, and Tannat complemented by the two Cabernets for reds), but the weight and style of the wines is very different: lighter and more aerial up here. The Haitza cuvée made by Michel and Thérèse Riouspeyrous comes from a 2-ha single vineyard on sandstone soils. It’s Tannat blended with 30 per cent of Cabernet Sauvignon: firm, pure, grippy, authoritative yet at the same time approachable.

The vineyards of Jurançon nestle in protected pockets and parcels of the Pyrenean foothills. Everything about them is calculated to keep frost at bay (the vines are all high-trained, for example) and to gather the gentle autumn sunlight and soft foehn winds through the late-season months in order to draw thick-skinned Petit Manseng grapes towards maximum ripeness (by passerillage or ‘raisining’ here, and never botrytis). Henri Ramonteu, the self-appointed ‘grammarian of Jurançon’, makes a speciality of ‘declining’ his harvest through those months, and Noblesse du Temps is based on the late November and early December picking. It’s golden yellow, viscious in texture and packed with exotic aromatic notes (honey, quince, mango, pineapple and truffle to name just a few), yet always balanced with electric acidity, too. Its new oak is almost invisible, just adding a stealthy layer of richness to the aroma and flavour fireworks.

There are only 1,500 ha of vineyards in Madiran, and they are some of the hardest to reach in France (the area is divided among three départements and until recently had no motorway access). Once arrived, you’ll still struggle to locate the vines -- since the accessible agricultural land tends to be fields of cereals and seed maize; the vineyards themselves sit almost secretively atop the hills. Persist: it’s worth it. These are, for me, France’s (and the world’s) greatest unknown red wines: deeply structured, authoritative, intricate and rewarding, ageing effortlessly for a decade or two, even if the local purchase price is less than 20 euros a bottle. The most celebrated local name is that of Alain Brumont (Ch Montus and Ch Bouscassé), but there are some great smaller domains, too; one of the best is Domaine Capmartin. Its Cuvée du Couvent wine is pure Tannat from high-density clay-limestone vineyards: midnight black in colour, packed with shocking black fruits, hugely structured yet vibrant in terms of its acid balance, too. Remember that all Madiran is best decanted 24 hours in advance of serving! No kidding. Put it to the test and you’ll see why. 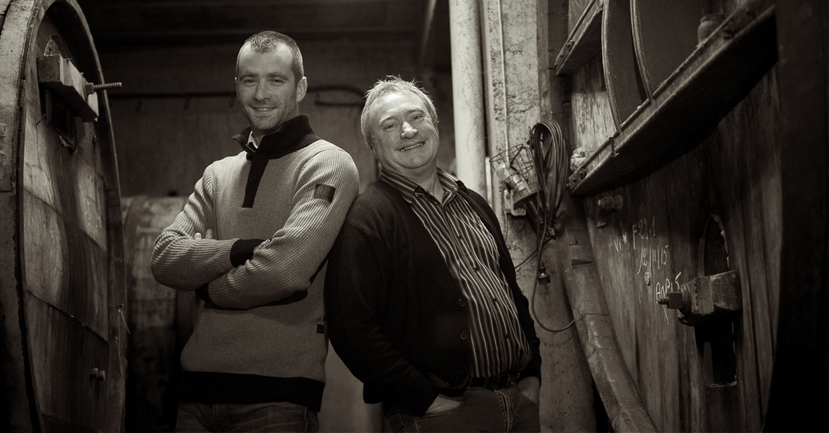 The historic vineyards of Marcillac, sited in remote Aveyronnais hills to the north of Rodez, once slaked the thirst of local miners: the red rocky limestone and sandstone soils (locally called rougiers) in which the vines grow are iron-rich. Phylloxera, the closure of the mines, the two World Wars and the frosts of 1956 pummelled viticulture here: just 23 ha were left by the 1960s. Recent years have seen a small recovery to just over 200 ha. Marcillac is a stronghold of Fer Servadou (locally called Mansois), and Philippe and Julien Teulier’s Lo Sang del Païs showcases the exuberantly rustic fruit of the variety – it’s aged in steel only and bottled early as a ‘vin des copains’ (a wine to be tossed back with your friends). That’s what we all need right now.