The Wine Quality System of Spain 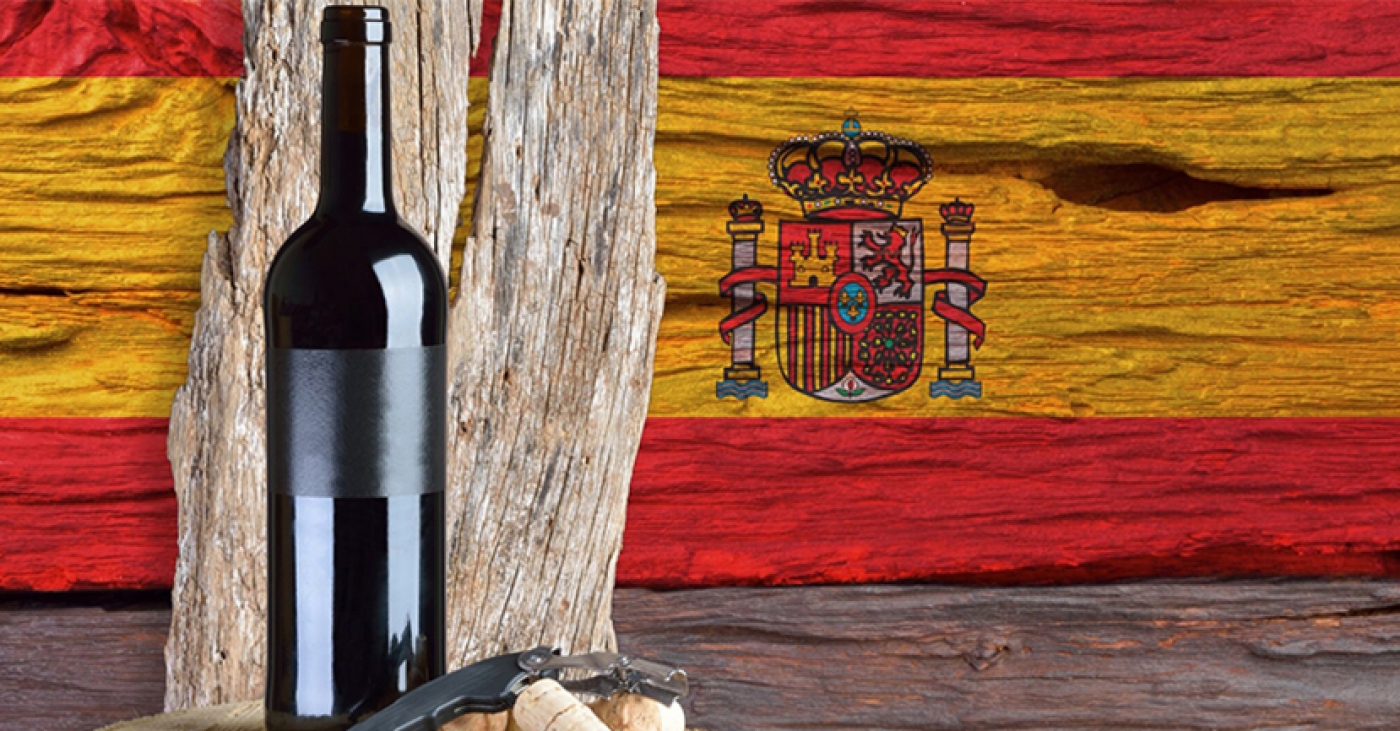 Spain began linking wine to “place” early on. As far back as the beginning of the 20th century, the need for wine regulations became self-evident. The country was experiencing rampant wine fraud; quality wines were being diluted with bulk wine on a regular basis.

Rioja was a leader in the charge for legislation to guarantee wine origin. In 1902, a Royal Decree defined the origin of its wines by establishing a geographical link between the name of a product and the place where it is produced. Just a little over two decades later, in 1926, the first Consejo Regulador (Regulating Council) was created in Rioja. In the years that followed, Jerez and Málaga also gained regional protection.

The most significant move towards quality came with the passage of the 1932 Wine Statute. This law officially created the Denominación de Origen/Denomination of Origin (DO) system. Nineteen DOs were officially awarded, and each was allowed to create their own Consejo Regulador. This law remained in effect until it was replaced by the Statute on Vineyard, Wine and Alcohol Regulations in 1970. This law, in addition to delineating production zones, defined production methods and created a national monitoring body.

More changes were still to come! In 1988, a Royal Decree established criteria for the creation of a superior quality level which would rank above the DO designation in prestige – Denominación de Origen Calificada/Qualified Denomination of Origin (DOCa). In an effort to better align Spanish agriculture within the EU system, Spain, in 1996, unveiled its own multi-tiered, sub-classification system. Finally, the Wine Statute was again updated in 2003. In this revision, both the Vino de Pago/Single Estate (VP) and Vino de Calidad con Indicación Geográfica/Quality Wine of Geographic Indication (VC) were created. 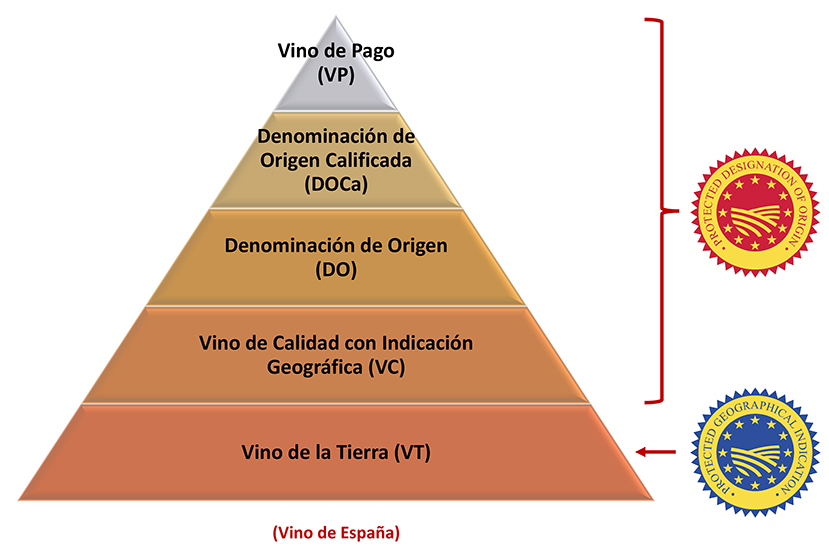 Spain’s wine quality pyramid is more specific regarding quality and geographic origin than EU requirements. The official classifications are as follows:

Vino de Pago (VP) – Wines produced under this single estate category must be done so under the distinctive conditions representative of the area and must be produced and bottled wholly within the estate. There are currently 19 Vinos de Pago.

Denominación de Origen Calificada (DOCa) – This category represents the highest level for a wine appellation in Spain. The region must have had DO status for a minimum of 10 years. Wine must be produced and bottled within the region, and wines must cost at least double that of the national average for DO wines. Currently, only DOCa Rioja and DOQ (Catalan) Priorat occupy this elite category.

Denominación de Origen (DO) – This category comprises the largest portion of Spain’s quality pyramid. A number of quality standards must be met for an appellation to gain DO status, including the use of authorized grape varieties, production levels, winemaking methods, and aging regimen. Zones of production need to have been recognized for their quality for a minimum of five years. There are currently 68 DOs.

Vino de Calidad con Indicación Geográfica (VC) – This category is somewhat of a “stepping-stone” to DO status. Wine appellations in this category are typically in limbo between the Vino de la Tierra and Denominación de Origen categories. A region must spend a minimum of five years as a VC prior to applying for DO status. Seven appellations currently hold VC status.

Vino de la Tierra (VT) – This is the only label under the European Union’s “Protected Geographic Indication” category. Wines in this classification possess identifiable local characteristics but have more relaxed viticultural and vinicultural standards than those of DO/DOCa appellations. Due to the greater flexibility within this category, many winemakers in high-quality regions have opted to label some of their wines as VT. There are currently 42 VTs in Spain.

Vino de España/Vino – These are wines previously labeled “Vino de Mesa” and represent wines produced without any specific indication. Wines labeled as such are only authorized to mention country of origin, grape variety, and harvest year on the label. Similar to the 20th century Super Tuscans of Italy, many Spanish winemakers intentionally declassify their wines as “Vino de España” in order to increase flexibility in blending options as well as in the utilization of non-traditional winemaking techniques.

Finally, while this classification system appears to have taken root nationally, many wine appellations are now also creating individual terroir classifications to further delineate the quality within its respective area. Spain is constantly evolving. It is this dynamic which shows the world why it is considered one of the world’s greatest places for wine!

Part Catalan, Rick’s passion for his Spanish heritage and a desire to educate others about Spanish culture, food, and wine led him to create Bodega: Eat. Drink. Explore. ESPAÑA! (www.bodegaspanishwine.com) in 2009.

He has also been a contributor to the Spanish and Portuguese wine site, CataVino as well as Glass of Bubbly, a UK-based magazine focusing on sparkling wine.