The Renaissance of Taurasi Taurasi, Southern Italy’s greatest red wine, has enjoyed a spectacular and highly distinctive history. The wine is capable of extremely lengthy cellaring, as examples from the 1940s and 1950s prove even today; in fact versions from the 1928 and 1934 vintages are still

in excellent condition according to several vintners that have recently tasted the wines, while the 1968 riserva from Mastroberardino was named one of the “12 wines of the century” by Wine Spectator in 1999.

While there has been widespread critical praise of Taurasi for decades, that acclaim has almost exclusively been focused on one producer, Mastroberardino. Every Taurasi producer knows the story of this family, and how they have excelled with this wine not only in the vineyards and cellar, but also with promotion. From Michele Mastroberardino at the beginning of the 20th century to his son Antonio, who did a great deal of work revitalizing the Aglianico vineyards in this zone in the 1940s and 1950s, to his son Piero, who manages the winery today, the Mastroberardino family has been the patriarch of this wine.

Other producers have made great strides over recent years with this wine; this can only be a good situation for the wine and for the appellation, as clearly, Taurasi needs to be better known. Just as it’s better for a city to have more than one great restaurant, so too, Taurasi – or any famous wine for that matter – needs to be represented by a myriad of producers that represent different styles. Estates such as Feudi di San Gregorio, Donnachiara, Luigi Tecce and more than two dozen others have taken on the challenge of producing first-rate examples of this wine over the past twenty to thirty years, and in doing so have created a Renaissance of Taurasi. 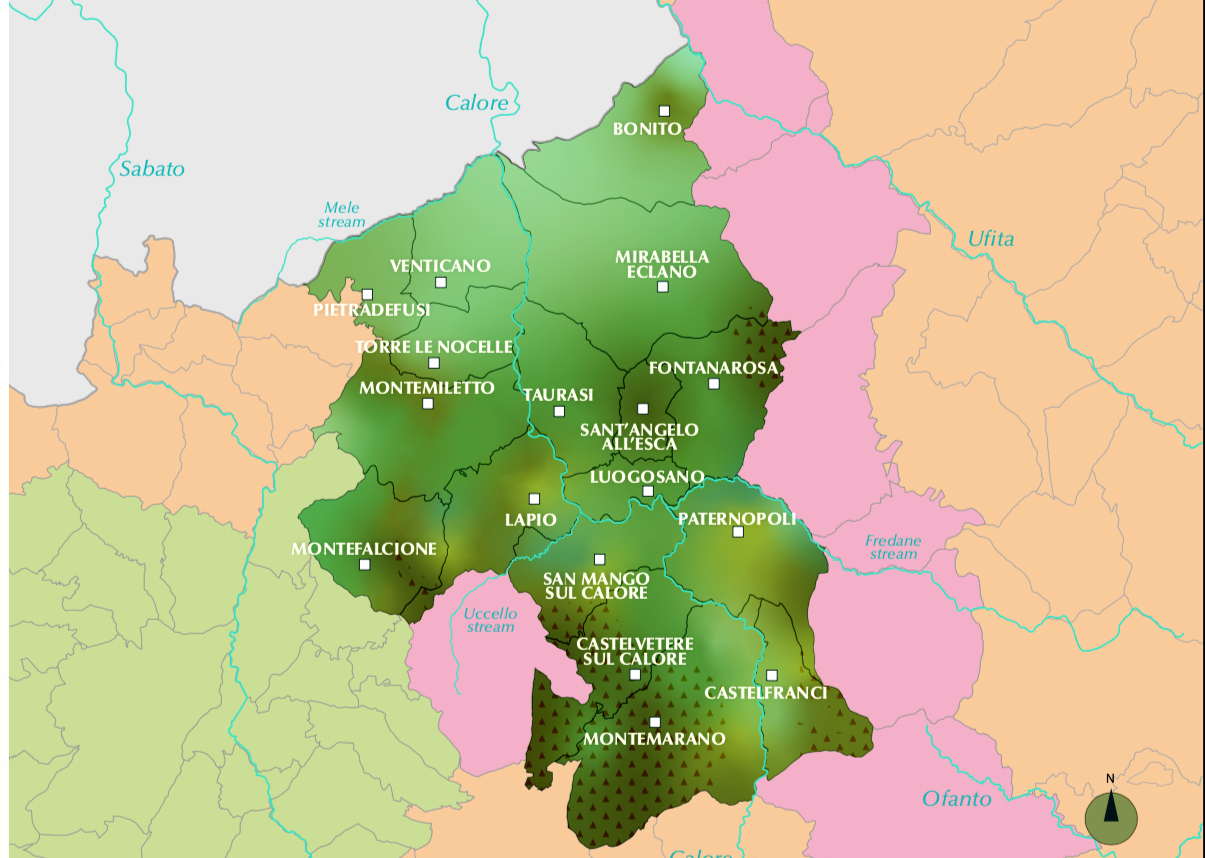 At Feudi di San Gregorio in Sorbo Serpico, not far from the cellars of Mastroberardino, proprietor Antonio Capaldo produced his first example of Taurasi in 1993, and today, crafts a classic example as well as single-vineyard riserva named Piano di Montevergine. He has commissioned a highly detailed study of the Taurasi zone, believing that the best way to make excellent wines is for producers to better understand the source material; this will also lead to more critical awareness of Taurasi, which will bring greater attention to the wine. “There is now a community of producers that is bringing the quality of Taurasi upfront,” Capaldo declares. 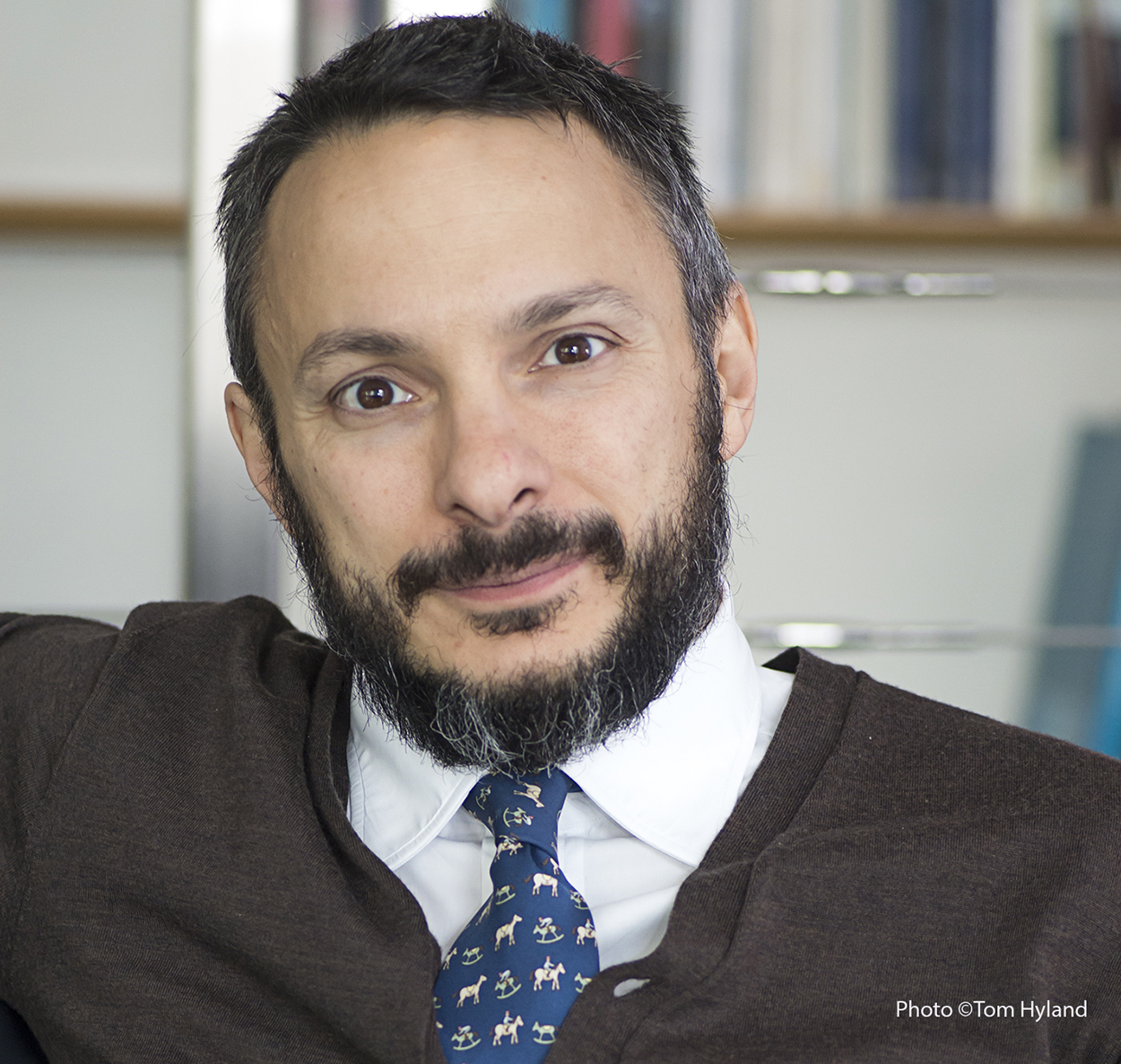 This study of the Taurasi zone, published by Feudi di San Gregorio, features numerous maps, photos and charts that highlight various components in each area, from elevation of the vineyards, to soil types, to local topography and flora. Starting with the 2011 vintage, Feudi began to produce limited versions of Taurasi under the Feudi Studi label; this project highlights sub-zones and small vineyard parcels in the territory to get a better understanding of the big picture. “The most important work has been done in the subzones of the appellation. It’s an effort not just done by us, but also many of the great producers that have vines only in Castelfranci or Paternopoli or in the town of Taurasi.”

Vincenzo Mercurio, who was the winemaker at Mastroberardino from 2001 to 2006, and who today is a consulting enologist for several local producers, notes how various examples of Taurasi are influenced by their source. “The territory in which Taurasi can be made is represented by 17 municipalities that insist on a very large area, so the geological, pedological and climatic differences are very evident, and the wines are affected by these differences. I am thinking of the fresh, balsamic, mineral style from Montemarano, Castelvetere sul Calore and the warm and soft ones of Mirabella Eclano, Piedradefusi, Venticano, to the complexities of Paternopoli and to the vibrant examples of Taurasi,” Mercurio remarks.

Bringing Awareness to the Public

Capaldo has seen the growth in interest of Taurasi among local vintners which has brought greater attention to this territory. “There is now a community of producers that is bringing the quality of Taurasi upfront. There is also a variety of expertise that I think is helping to improve progressively the quality is the style of oak aging, as well as getting the right maturation of the grape, which still remains the biggest challenge because it’s a late harvest varietal.”

Ilaria Petitto, proprietor of Donnachiara in Montefalcione, produces a classic as well as a riserva Taurasi and has enjoyed notable success with these wines; she notes that in her most recent shipment of her wines to the US, Taurasi accounted for 5000 bottles. Petitto believes that the style of her wines, one that focuses on ripe fruit, is what consumers are looking for; furthermore, she urges her colleagues to produce their versions of Taurasi in a similar fashion. “Some of the producers are making Taurasi in a very old style – too heavy and rustic. People don’t want to drink this, and I agree – I don’t want to drink this style of Taurasi.”

Petitto notes that tastes of consumers have changed. “I’m trying with the consorzio, with Feudi and Pier Paolo Sirch (enologist at Feudi) to explain to the producers that they have to try to make a style of Taurasi that is easier to approach. Barolo is elegant, and that is the style that we want.”

Commenting further on this point, Petitto remarks, “So I’m not saying that Taurasi has to be not typical, not like the expression of this territory; it has to be typical, it has to be good, it has to be elegant and not rustic. Now we have the technology, and also the evolution of the vinification process; we have to show quality to people.” 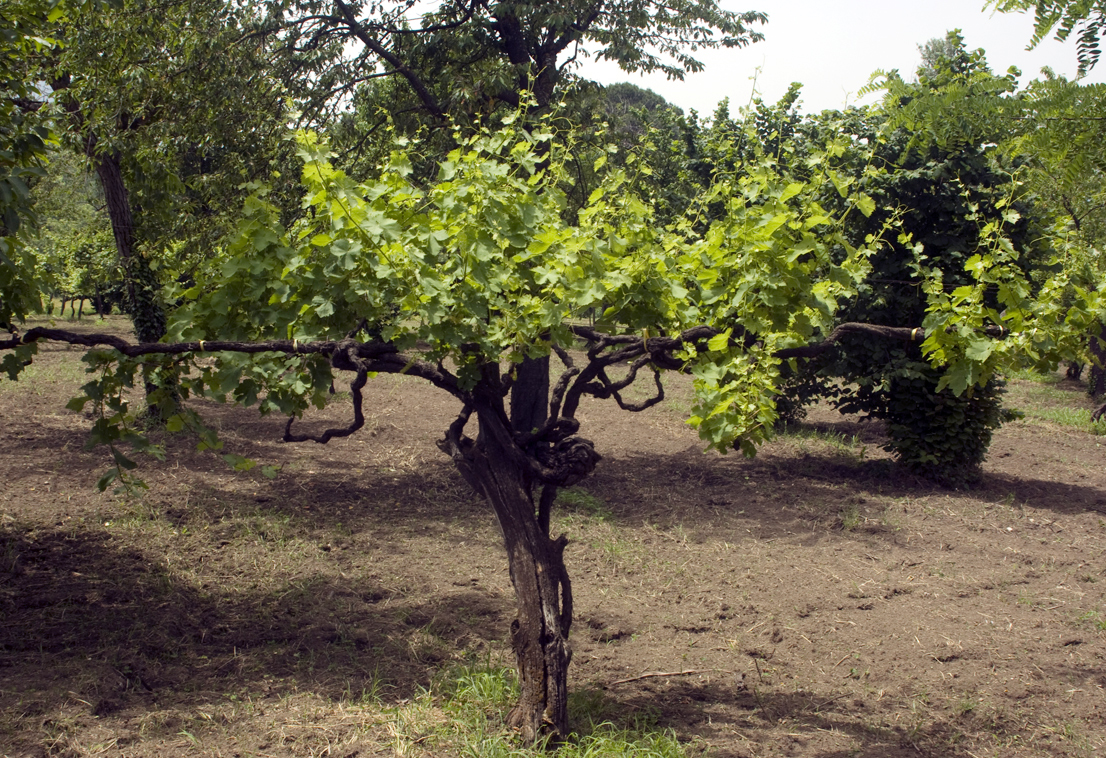 Decades-old Aglianico vineyard in the Taurasi zone with the old style of canopy, known as Pergola Avellinese

Producing enhanced examples of Taurasi has always been the goal, but this is especially important given the lack of notoriety of this wine with the general public. For Capaldo, winemaking has changed for the better; “what we are increasingly seeing is a reduction of new oak, a reduction of smaller oak and the return of larger oak. There are also interesting experiments with concrete.”

Mercurio notes that with Taurasi, medium-long macerations, ranging from seven to twenty-one days are necessary to craft a more complex and elegant wine, while fine-grained French oak is his preference for maturing the wines.

Petitto notes that the warmer temperatures in recent years have helped. Noting that the harvest of Aglianico for Taurasi is the last one in Italy each year, she comments, “We have a late harvest varietal with Aglianico, and sometimes it’s too difficult to harvest in November. So the climate change is helping a bit and getting the grapes to mature a little bit in advance.” 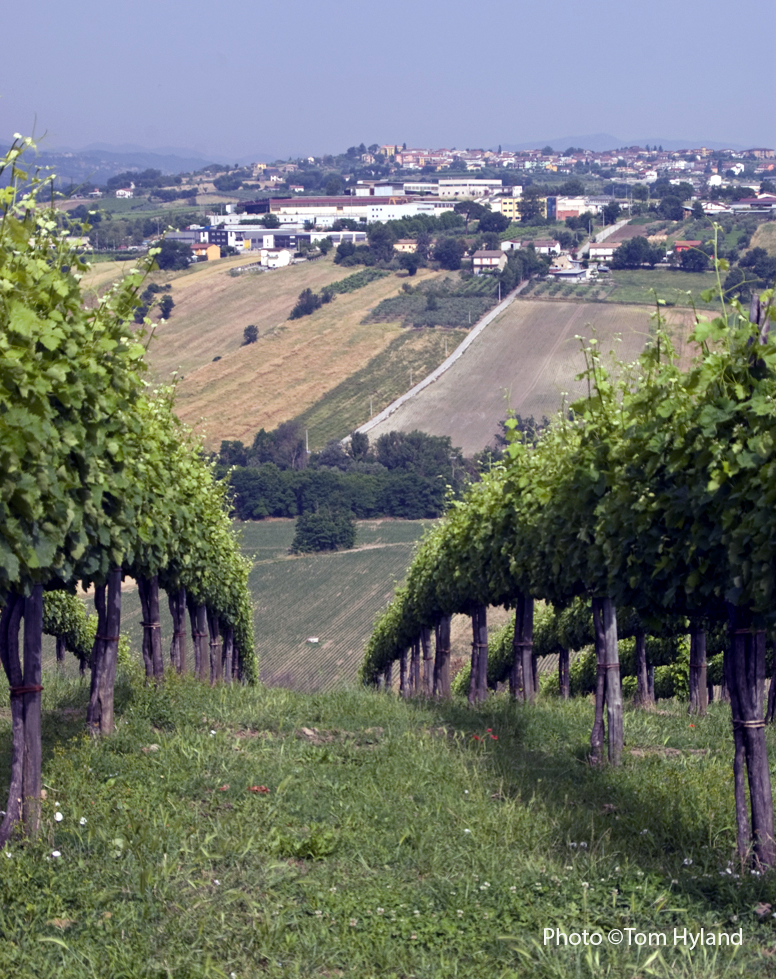 Aglianico vineyard near the town of Taurasi (Photo ©Tom Hyland)

Communication – The Road Ahead

Taurasi producers know they have a great product, and most of them also understand the need to better promote this wine and their territory. “When it comes to communication and the precision of the wine, I think we will get there,” says Capaldo. “I think there is an element of size that matters; the size of the Taurasi appellation is smaller than Montalcino and way smaller than Barolo. It’s a bit of a niche compared to the other two, but I think we will get there because we are doing the right things; I think this is growing the right way.

“When we comes to communication, we can’t forget the value of wine tourism, which in our region is still minimal compared to both Barolo and Montalcino. That’s key; it may not be as important as the quality of the wine, but it is important to spread the message and to get ambassadors around the world. So I’m optimistic, but there is a lot of work ahead for us.”

A clear sign that this wine is becoming more important is the fact that Mastroberardino has also recently started to expand their Taurasi portfolio. A little over a decade ago, the winery introduced a new Taurasi called Naturalis Historia, sourced from their Mirabella Eclano estate in the northern sector of the production zone, this wine is matured solely in barriques, as opposed to their Radici Taurasi (classic and riserva offerings) aged in tonneaux and botti.

Beginning with the 2015 vintage, Piero Mastroberardino introduced yet another Taurasi called Stilèma; this project represents a return to the historical glory of this estate. “With the Stilèma, we are not going for the style of Taurasi that you well know, but in the style of the ‘60s,” Mastroberardino comments. “That means a shorter maceration with a little lower temperature, less extraction, more agility in the glass, a little more transparency; the wine is based more on elegance and finesse, and a little less on extract and concentration.

“So in this case, in the glass there is a little more transparency, while on the nose and the palate, much more on the spices and less on the fruit. We are trying to give our consumers a little wider idea of the terroir of Taurasi and the different possibilities and expressions of this grape in this area.”

Thus it’s clear to see that local producers, both historic and relative newcomers, understand the need to promote just how special Taurasi truly is. “Aglianico is never going to get the attention of Nebbiolo or Barolo,” Petitto says, “but it’s different, as it’s more tannic and needs more time, so it’s a difficult wine for some people to understand. It shouldn’t be, but it’s not in style right now. But I think in five years, maybe more, maybe less, consumers will want to look at another red wine, and that could certainly be Taurasi.”