From April 16-21, 2023, Wine Scholar Guild will land on the shores of southern Spain to host a special session of our internationally-recognized Spanish Wine Scholar™ study and certification program in the beautiful coastal town of Málaga. If the spectacular weather and roughly 112 miles/180 kilometers of coastline are not enough to entice you, then consider some of the other top reasons to visit and study in one of Spain’s most beautiful cities. See more about this unique opportunity to study Spanish wines with WSG in Spain here.

The Phoenicians first settled the port city of Málaga (“Malaka”) approximately 3,000 years ago, making it one of Europe’s oldest cities. Evidence of their occupation can be found at the Gibralfaro Castle, which offers panoramic view of Málaga from its hilltop location.

The Roman theatre hails back to the time of Roman occupation (as far back as the 3rd century BCE) while the Moors left their mark with the La Alcazaba fortress from the 11th century CE. The actual Mercado Central (Central Market) also dates from this period when the building was used as a naval workshop.

A stroll through the historic city center reveals the spectacular Málaga Cathedral, also known as La Manquita (“one-armed”) justly named due to the fact that only one tower was fully completed. The cathedral was built over multiple centuries and boasts Gothic, Baroque, and Renaissance influences with, as the name suggests, only the north tower being fully completed. 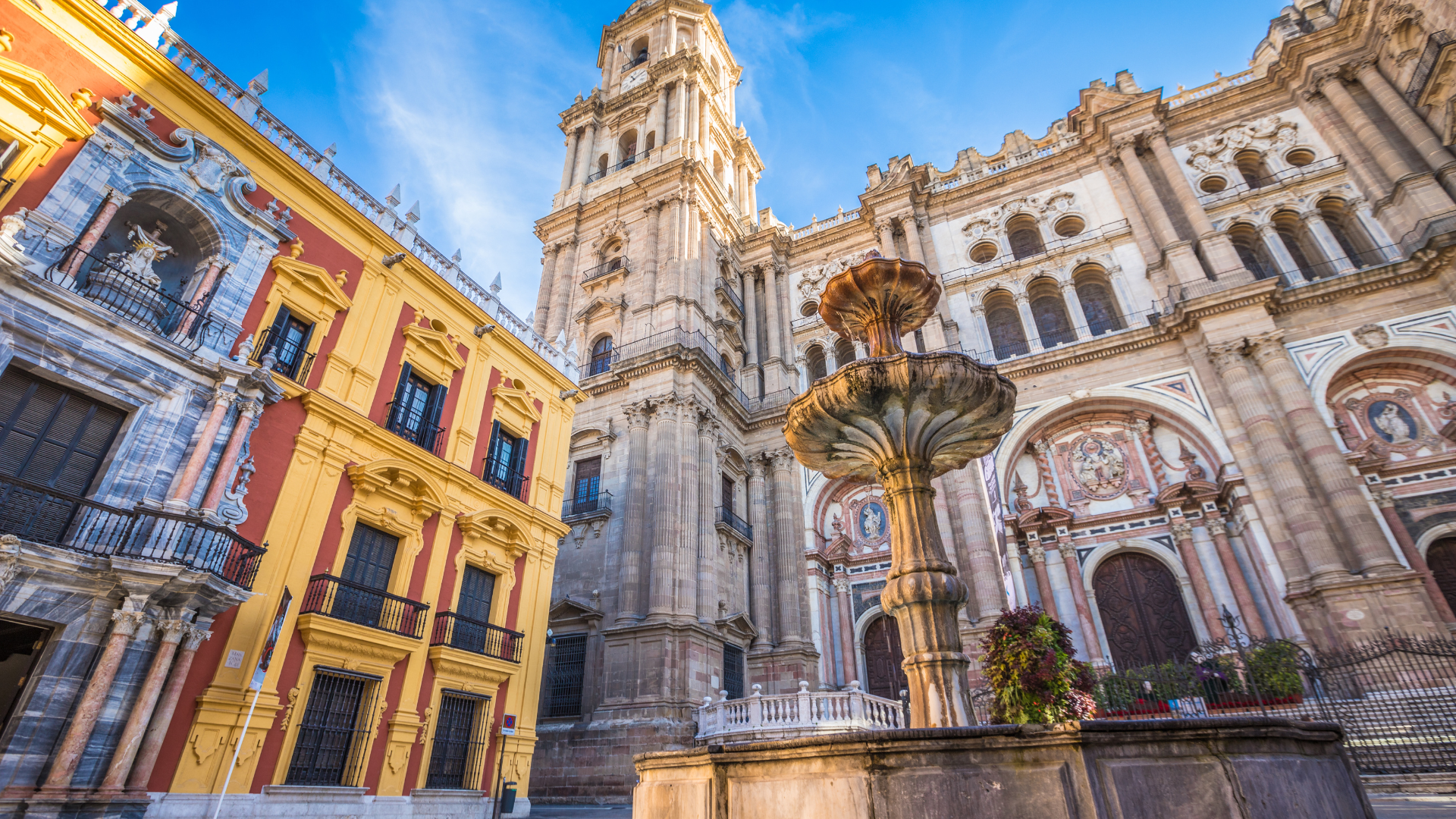 Málaga is often referred to as “the new Barcelona.” It is southern Spain’s most cosmopolitan city and boasts a rich and diverse culture. The city has numerous shopping districts (Calle Larios is one of Spain’s most expensive places to shop) as well as fashion boutiques and art galleries. The Málaga Arte Urbano Soho (MAUS) is home to buildings tagged with street art making the neighborhood a giant art gallery.

Pride runs deep here for one of Málaga’s favorite sons, Pablo Picasso, who was born in the city in 1881. The city is home to a museum containing more than 280 of his works spanning his illustrious career, including oil paintings, sculptures, prints, and sketches.

Additionally, the city houses another 35 museums, all of which can be found within the city’s historic center. Some of the most notable include the Pompidou Center, a branch of the famed Parisian museum, the Carmen Thyssen Museum, which houses more than 240 works from the 19th century by Spanish artists, or the Málaga Museum with nearly 3,000 works of art and 2,000 archeological antiquities from the ancient world. 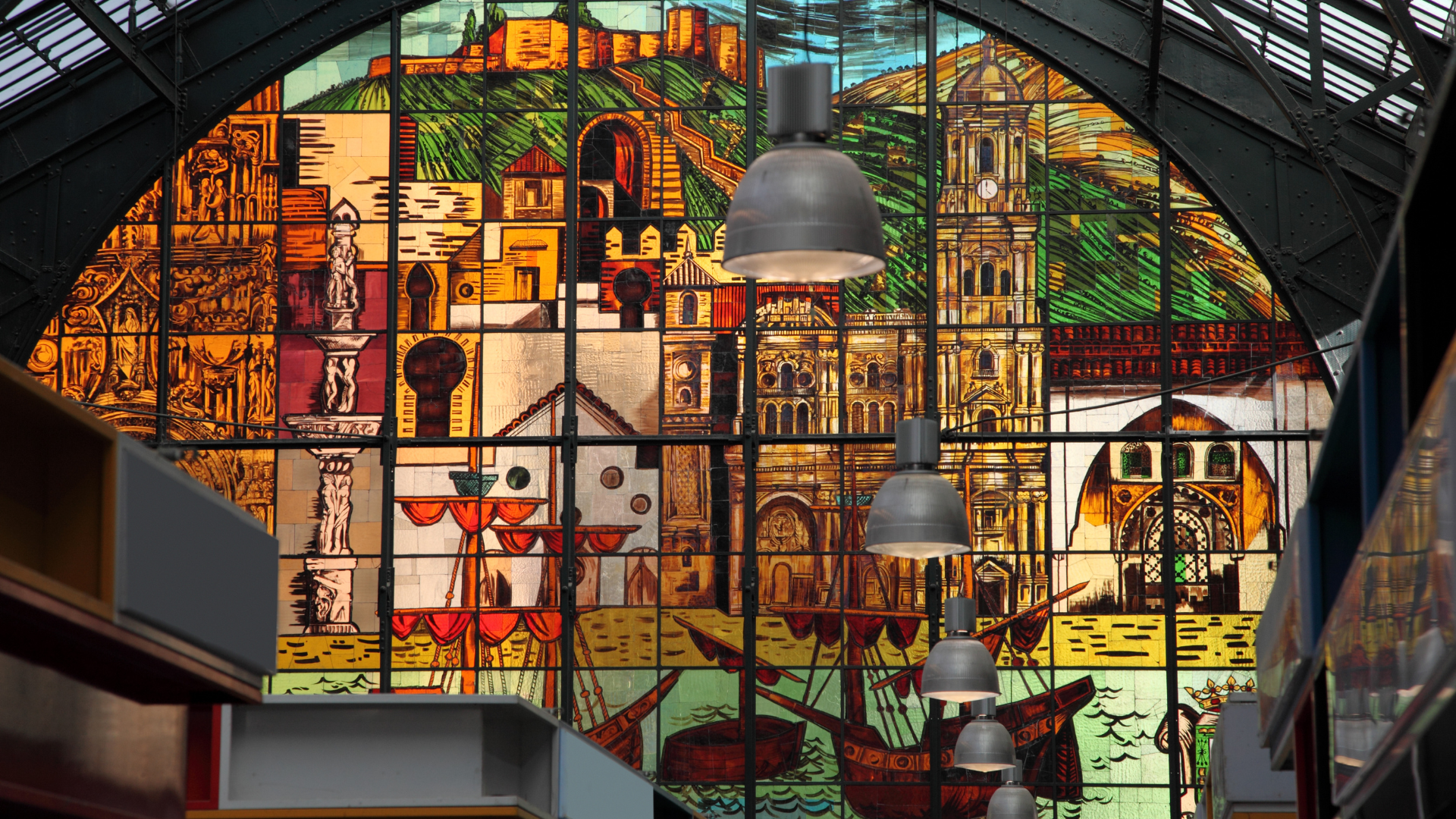 Málaga is the undisputed capital of the Costa del Sol, boasting more than 300 days of sunshine annually. With average high temperatures ranging from 62-87°F (17-31°C) throughout the year there is plenty of time to spend some quality time on beach or enjoy any number of water sports. Playa de la Malagueta is a mere 10-minute walk from the city center. Here one can escape the hustle and bustle and grab some relaxation time, hop on a jet-ski, or learn how to sail. For those interested in diving or snorkeling, Cala del Moral is the place to go.

No visit to Málaga would be complete without sampling the region’s spectacular local cuisine. Start the day off with a pitufo, a breakfast sandwich filled with tomatoes, olive oil, and cured ham, or a tejeringo, a fried-dough pastry. Local seafood is plentiful here and the fritura malagueña (a mix of fish fried in olive oil) is a must-try for lunch or an afternoon snack. On or near the beach, the best dish is an espeto de sardinas (a skewer of six sardines cooked over hot embers). Finally, as Andalucía is famous for its cold soups, take the time to grab a cup or bowl of ajo blanco, the traditional cold soup made with garlic and blanched almonds.

Some of the top restaurants to enjoy the freshest cuisine include:

4) Los Patios de Beatas – spectacular restaurant (with a fantastic selection of wines) located in two renovated houses (one from the 18th century and the other from the 19th century). 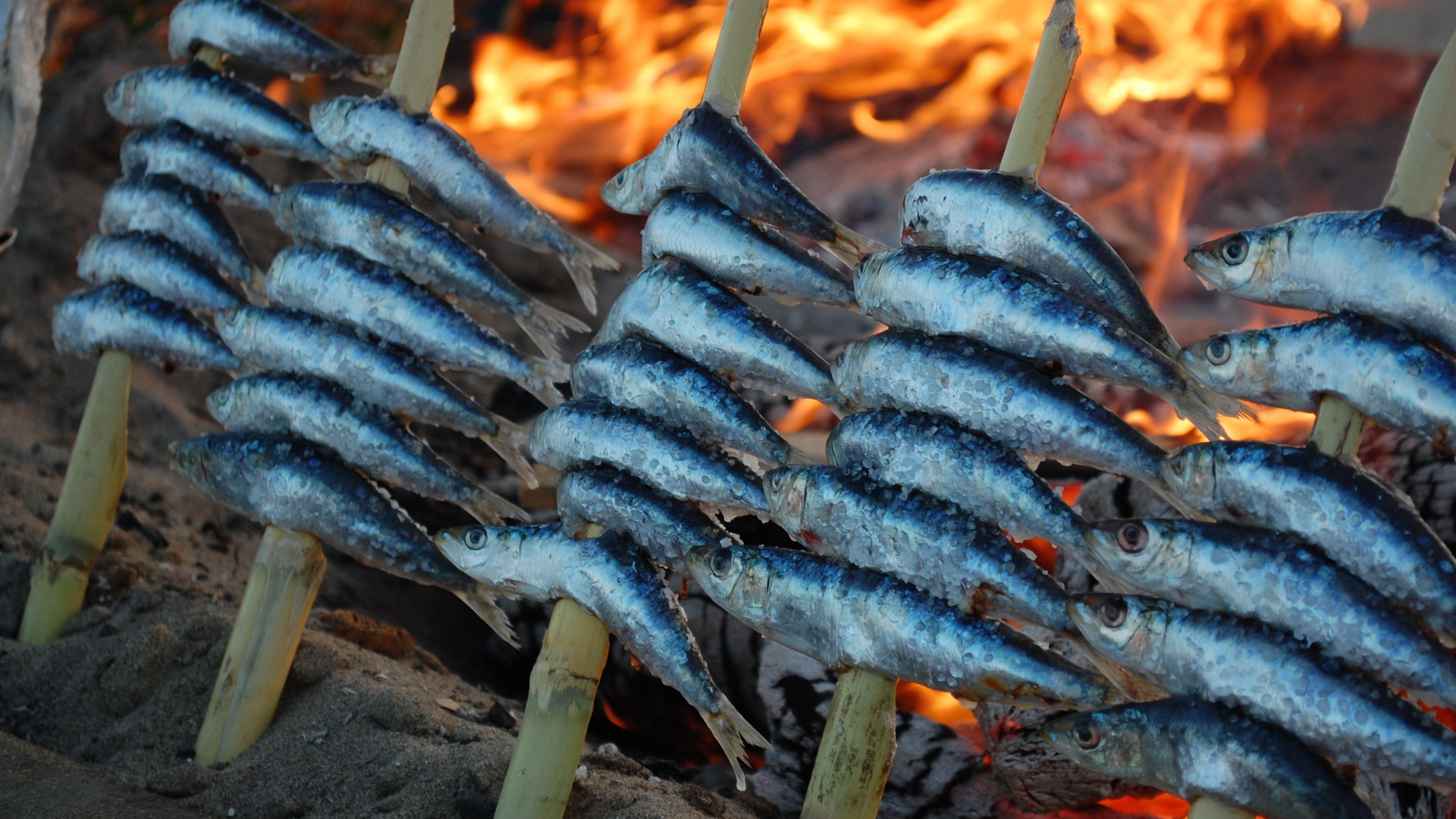 Other than its favorable location on the coast, Málaga is best-known for its wines. The Phoenicians, Greeks, Romans, and even the Moors, are part of a storied history of wine production in the region. In the 19th century Málaga was the second-largest wine-producing region in Spain with nearly 50% of the production being exported around the world.

The sweet wines of the region were also considered some of the world’s most noble wines, holding their place alongside Tokaji and Vin de Constance. The phylloxera epidemic changed the course of the next few decades with much of the area devastated by the louse. Today, the Málaga wine region is approximately the same size as Bordeaux and is almost double the size of Rioja.

There is now a renaissance happening in the region. The diversity of Málaga wine now includes sparkling and dry still wines (red, white, and rosé), sweet whites, fortified whites, and even wines with flor! In fact, the sub-region of Axarquía is one of the best places to experience this tremendous revolution.

The wine scene is flourishing in Málaga. While here, do not miss these great wine bars/shops:

1) Antigua Casa de Guardia – dating to 1840, and rumored to be Picasso’s favorite hangout, make sure to grab a glass of sweet wine poured from the barrels lining the walls;

THE TIME IS NOW!

Still debating whether to continue your Spanish wine studies with a fabulous week in Málaga, Spain? Read a recent review from Kurt Rogers, a Spanish Wine Scholar™ graduate and owner of Bar Molino in Jacksonville, Florida:

“(T)he Spanish Wine Scholar course changed the trajectory of my life. I have always been in hospitality. I knew that I wanted to do something different, something more than just bartend. I was part of a restaurant group for 9 years before opening Molino and had opened 5 cocktail bars in North Florida, but I kept telling my wife that that I wanted to do something with Spanish wine. Doing research one night, I came across the SWS course. I pulled the trigger on the course and from that moment I knew what I was going to do. I have had some version of Molino in my head for years, and now it is real. Shortly after I signed up, I left for Europe with my dad… I remember telling my father in the airport, holding the SWS book in my hand, that I was going to leave the restaurant group and do something else. He laughed, and thought I was joking. I said I was serious and that I would show him what I meant when we go to Spain. He quickly understood shortly after we landed in Jerez.”

Do not miss this unique opportunity to study the wines of Spain in the beautiful coastal city of Málaga. The course will be held from April 16-21, 2023, and will be taught by Rick Fisher, WSG Spanish Programs Director and creator of the course, and Jonas Tofterup, MW, owner of Iberian Wine Academy, winner of the 2021 International Wine Challenge Best Educational Centre award.