Ever hotter: A Quick Look at the 2020 French Wine Harvest 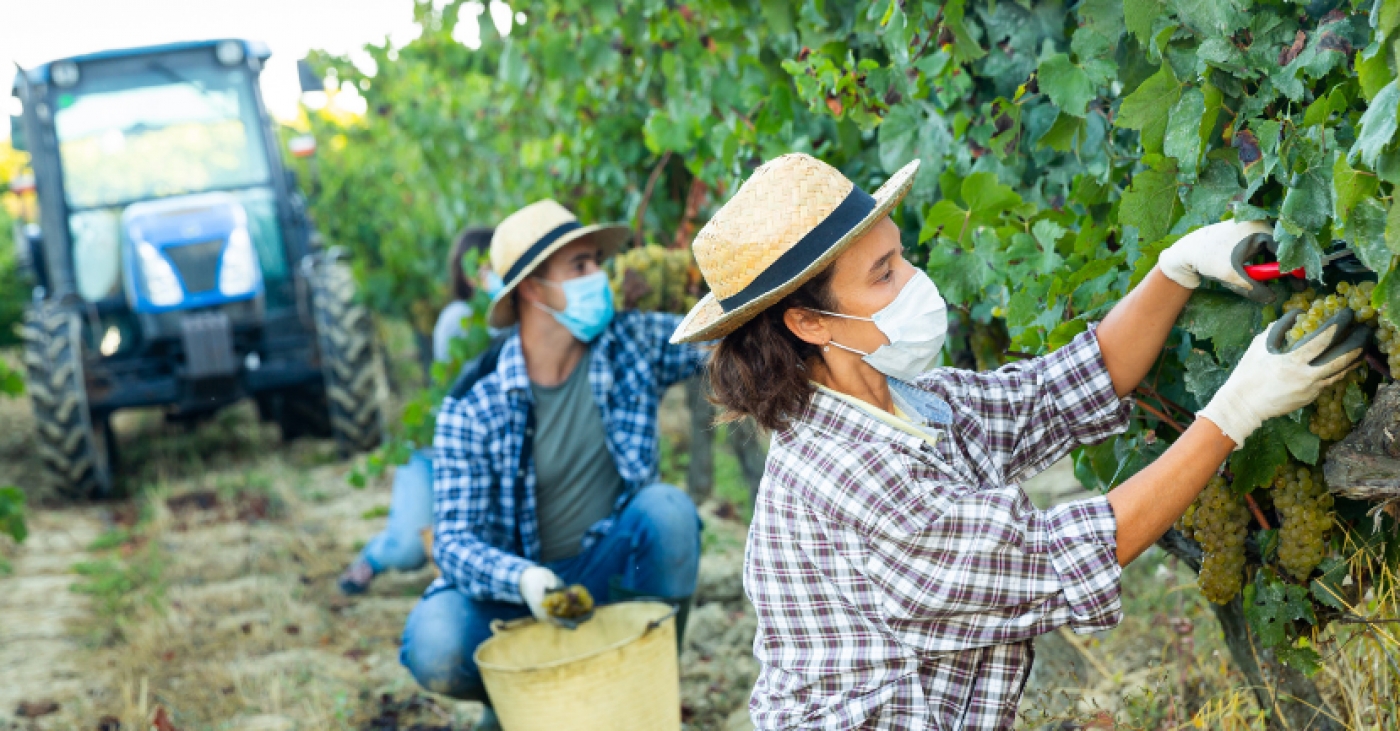 Where are we headed? This is a question which all of us have probably asked ourselves at some point during 2020, as a global pandemic unfolds chaotically across a planet experiencing runaway climate change. Both challenges have directly affected French wine growers, with trade tariffs imposed by the USA on European winegrowers forming a third stress-inducing headwind.

You might think that wine harvest quantities are beyond the reach of a human pandemic like Covid. Not so. When the French authorities made their initial harvest forecast for the country in September, it came in at 45 million hl, which would have been an improvement on the 43.4 million hl of 2019 -- but still lower than the generosity of 2018, with its 49.4 million hl. It’s become clear in October that the final figure is likely to be closer to 44 million hl … for the most shocking of reasons.

Champagne has been only partially harvested. Covid has impacted sparkling-wine sales more than other wine styles: few want ‘the drink of celebration’ when there is little to celebrate. Add the sales knock caused by tariffs, and it seems logical – to those running the accounting programmes which predict where Champagne prices will be in five or ten years – that the best way to maintain prices is to pick fewer grapes in 2020. So that’s what has happened. It’s nothing, repeat, to do with quality – which is very good this year, after an early season with a dry, warm summer. There’s every reason to expect Vintage Champagne from 2020 in due course. But there will be less of it than nature intended.

Something of the same thing has been happening in Bordeaux, where the maximum permitted yield for basic AOC Bordeaux has been cut and 10 per cent declassification to IGP has been authorized – because unsold stocks have risen by 21 per cent in a single year.

Winter and spring in Bordeaux were wet and very warm (April 2020 was the warmest for a century), meaning the growing season got underway early. It stayed warm: temperatures for every month between March and September, June aside, were above both 10-year and 30-year averages, and a long drought between June 18th and August 11th put vines under strain. Summer overall was the driest since 1959. There was welcome rain at the end of August and fine September harvest weather before copious October rain. Quality is said to be outstanding, though estimates of quantity vary between marginally lower to 30 per cent lower than 2019. If anything, Burgundy was still more exceptional, with analogies being made with 2003 and 1947 after a very early year with a dry, hot summer; harvest began in August and was largely over by mid-September. The strange thing, despite this surge of heat, is that growers in both of France’s classic regions report (in the words of Philippe Pascal of Domaine du Cellier aux Moines in Givry) “impressive freshness and amazing balance”. When you look at the climate statistics (much more rapid heat accumulation over the season than either 2009 or 2010 in Bordeaux, for example), you wonder how this can be possible. Might the grapevines themselves be adapting to a new, warmer climate? Is it a question of viticultural adjustments, especially canopy management? Or did the secret lie in diurnal temperature differences? Whatever the truth, wine-growing France still seems to be in the Goldilocks zone of global warming I alluded to in this report last year.

What of other regions? The story is largely the same: a moist, warm spring then a hot summer, with a period of summer drought. Blocked ripening cycles actually slowed down what had begun as an early season in both Alsace and the Loire valley, then rains towards the end of August helped unlock the ripening chain. It was not a great botrytis year in either region – but very good for dry wines in both, with growers in Muscadet reporting much richer musts than usual. Olivier Humbrecht MW finished his harvest on September 15th -- an almost incredible date given the traditional reliance of Alsace on an Indian summer for full ripeness, and has made mostly dry wines this year. In Anjou and Touraine, the rains at the end of August persisted into September, pushing the red-wine harvest back towards the second half of the month. The Central Loire, by contrast, began harvesting unpredentedly early, during the third week of August.

The Rhône Valley and Languedoc both experienced dry winters followed by a mild, rather wetter spring. As elsewhere, summer was hot and dry but the daytime heat was balanced by cooler night temperatures, and late August rains once again came right on cue. Growers in both regions are very enthusiastic about what they have harvested, though there was some anxiety in the Languedoc about finding enough room for the harvest following slow sales in the first part of the year. Roussillon had a very early harvest (beginning on August 11st at Coume del Mas, for example), but the very wet spring weather helped keep the local Grenache vines, which are well used to summer drought, in good shape. In Provence, by contrast, the summer heat was not exceptional, especially for those growers working in vineyards close to the sea, though quantities were affected by frost in March. Those temperate conditions were perfect for rosé.

On the surface, then, the news about 2020 is uniformly good: the vintage has produced fine, long-lasting wines which will still be drunk with pleasure 30 years hence. In most regions, this builds on vintage successes in 2015, 2016, 2018 and 2019: an uncanny run. Faced with new records of warmth every year, though, and with harvests which now routinely begin in August, a month earlier than just a decade or two ago, everyone is wondering -- more disquietingly -- exactly where we go from here.