The Bordeaux wine region is characterized by its proximity to the Atlantic Ocean, to the great rivers of the Garonne & Dordogne and of course to the Estuary of the Gironde, created by the joining of these two rivers. So there are lots of local fish, shellfish and also the famous oysters from the nearby Bay of Arcachon.

There are many restaurants serving seafood platters, including spider crab (araignée-crabe), clams (palourdes), sea snails (bulots) of different sizes and, of course, oysters (huîtres). The latter can be enjoyed as they are, with a squeeze of lemon or with a shallot & vinegar sauce. The local sole from the Bay is lovely cooked simply in butter. Red mullet (rouget) is also a top catch from here - its local name is “vendangeur” (harvester), as it is traditionally fished around the time of the wine harvest. 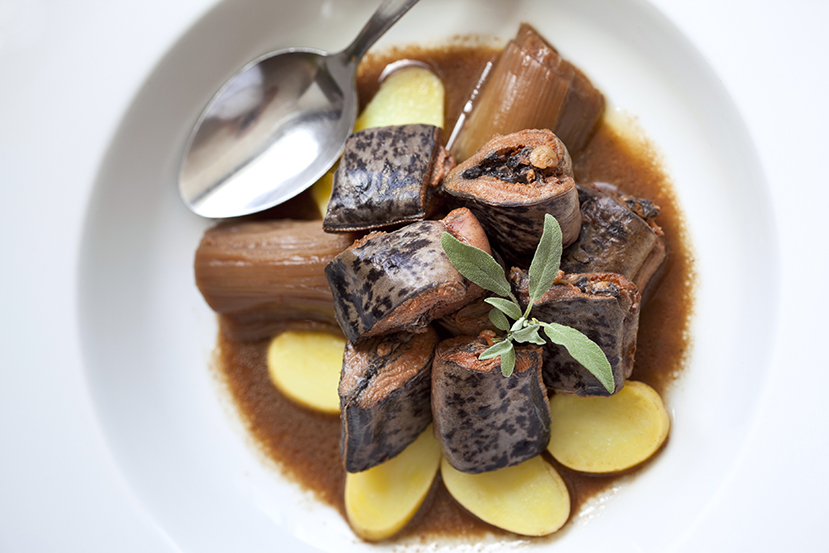 The lamprey (lamproie) is a legendary fish in the culinary traditions of Bordeaux, and was probably enjoyed at least as far back as Roman times. It belongs to a primitive group of vertebrates from about 450 million years ago. Today’s long, meticulous and definitely “not for the squeamish” cooking method is best bypassed by buying a prepared version in tins from one of Bordeaux’s delicatessens shops or enjoy it in a traditional restaurant! The basic concept of the recipe is a red wine sauce (some insist on a Saint-Emilion, another must stop area on your Bordeaux wine tour), that is transformed into a stew with the addition of the fish’s blood, shallots and leaks.

Since 2008 wild sturgeon has been protected. Here in the Gironde Estuary sturgeons are farmed and produce a high quality local caviar.

The locals are great carnivores, and specialties include “entrecôte bordelaise” - a rib steak served with a tasty sauce of Bordeaux wine, butter, shallots, herbs and bone marrow - which is a perfect match for the more concentrated wines of the region.

You’ll not want to miss the world renowned Médoc on your Bordeaux wine tour, in particular the super elegant Grand Cru Classés of Pauillac. But this isn’t the only special recognized product in the area. There is also the locally famed Lamb of Pauillac (agneau de pauillac), which can only be raised in the Gironde area.

Their history goes back to the 13th century, when the shepherds of the moor lands south of Bordeaux and from the Pyrenees mountains undertook the transhumance of their animals to the wine-producing regions of today’s Gironde. The wine-making area provides ideal conditions for breeding these mostly milk fed lambs.

There are probably as many ways to cook them as there are wines in Bordeaux! But pan seared in butter and then just finished in a hot oven for a few minutes, keeping the flesh perfectly pink, and served with roasted local spring vegetables is one of our favorites. 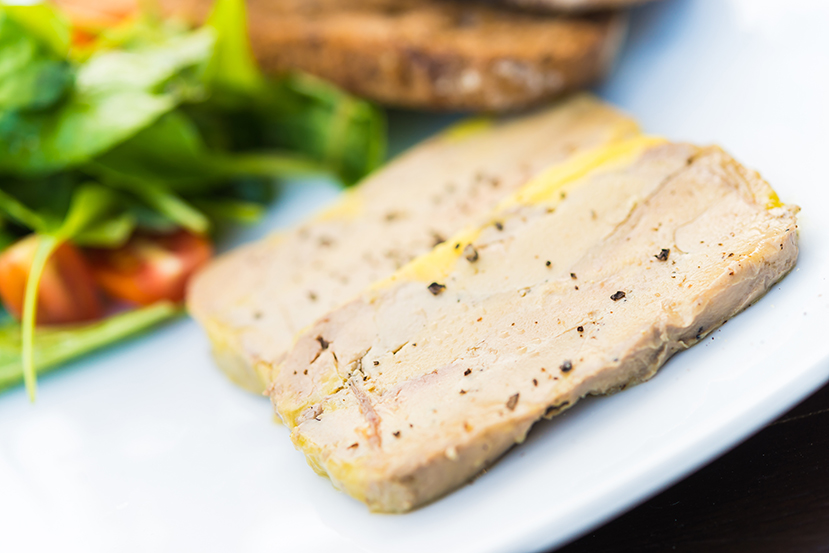 From South of Bordeaux in the Landes area comes the celebrated duck foie gras (de canard). When fresh it is perfect fried in a very hot pan for 30 seconds each side and served, at this time of the year, with a grape and sweet wine based sauce. Or take away all the effort and buy preserved whole pieces of buttery foie gras in jars: remove and serve on toast with some sea salt and a lightly chilled glass of Sauternes!

Duck confit is another local delicacy often made from the legs of the duck. The confit is prepared in a centuries-old process of preservation, consisting of salt curing and then poaching the duck in its own fat. You can purchase confit in tins and then heat it up on the fat side in a hot pan. To the east of Bordeaux in the Dordogne area we have the same products but this time made from geese (oies). Obviously both the Landes & Dordogne think their birds are the best!

For the culinary adventurer, we suggest you try the locally named “tricandilles”, which are small pieces of crispy grilled pork tripe, often flavored with garlic & parsley. Or how about duck hearts (coeurs de canard), gently fried and then deglaze the pan with a little balsamic vinegar and serve with fresh salad leaves.

Mushrooms & asparagus are famed here too

The weather conditions in some parts of the Bordeaux area encourage the growth of porcini mushrooms, here called cepes. They can be found growing wild but unless you are an expert they are best purchased fresh from our markets in the late Fall. A simple omelette with cepes is a delight not to be missed but you’ll also find them used as an important ingredient in a lot of local dishes.

Another specialty and recognized local product are the asparagus (asperges) from the Blaye area in the North of the Gironde on the right bank of the Estuary. These white asparagus with purple tips are harvested from the end of February until the end of May. Many of the farmers are also winegrowers and their asparagus go well with the local dry Blaye white wines. This area is often overlooked on Wine Tours but really shouldn’t be, as great value mostly red wines are produced in the Bourg-Blaye region.

And a local sweet or two 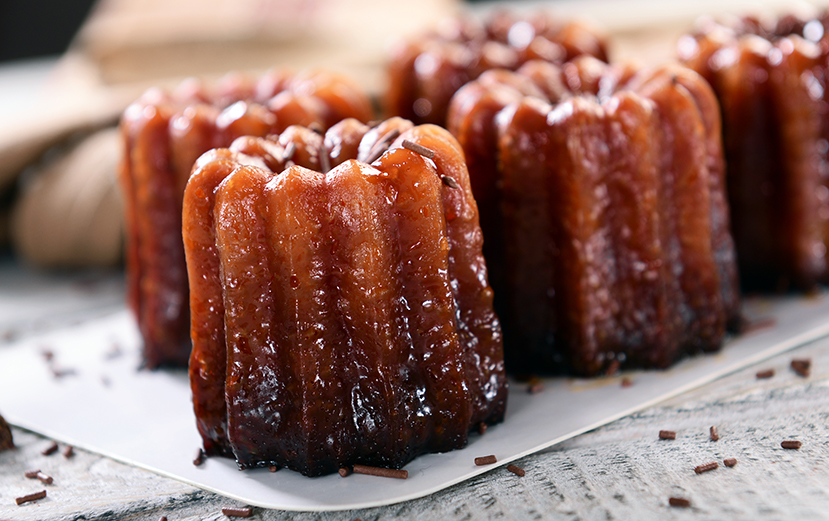 The cannelé (meaning “fluted”) cake is a treat from the Bordeaux region with a caramelized crust and soft custardy interior. It has a characteristic cylindrical shape with fluted sides. These cakes were reputedly created by local nuns, who were given the egg yolks left over from the traditional fining of Bordeaux wines with egg whites.

The single layer almond flavored macaron is a specialty of Saint-Emilion and goes well with the renowned local wines. The recipe dates back to 1620 when the Ursuline sisters established their convent in the town.