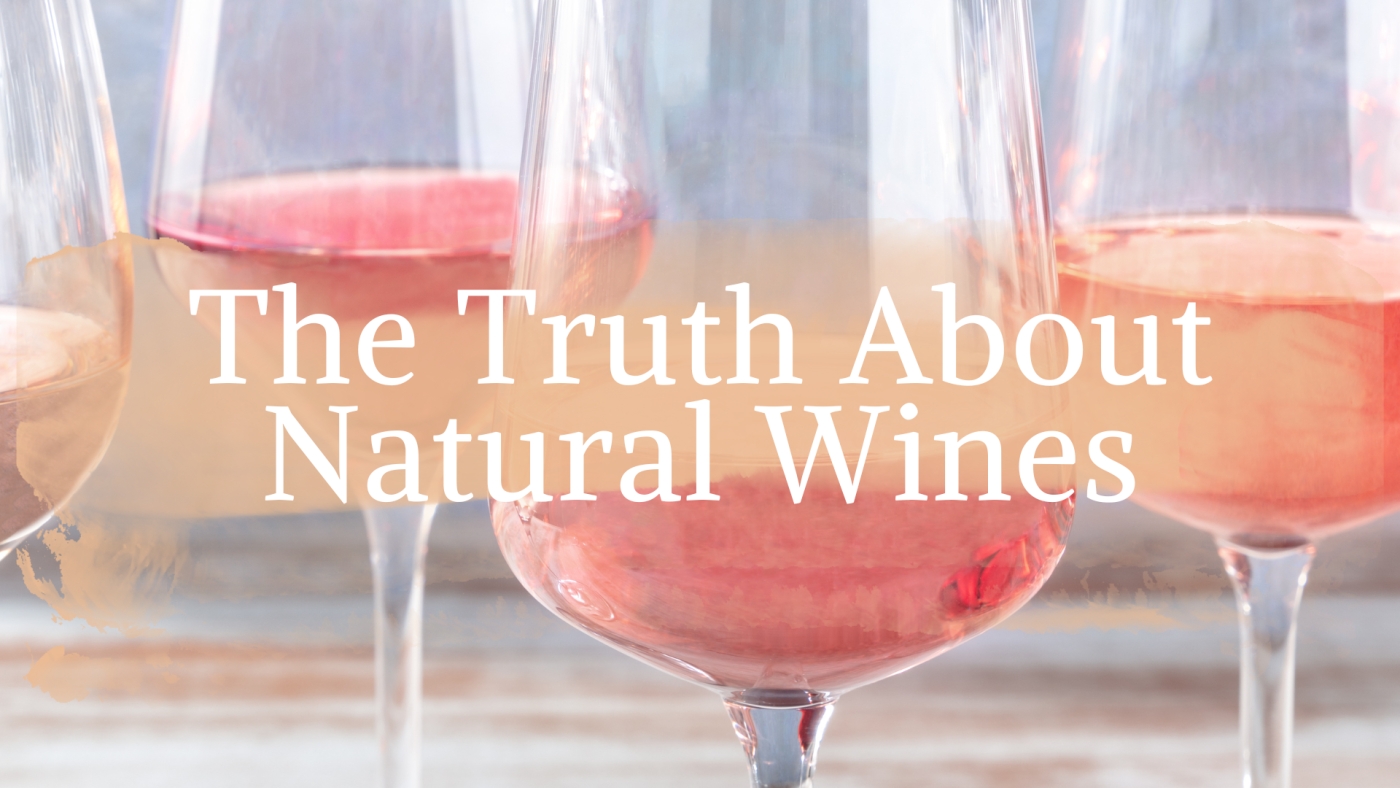 Are natural wines brown and taste like hard cider?

Lets clear up the myths about natural wine; from birth to glass to now.

Learn the origins, the philosophy and the practice of wines made naturally.

In this 45-minute overview you will understand how the wines evolved, how the word spread and how and why they are changing the industry around us.

We'll go over basic fermentation techniques and their organoleptic impact,  the attitude towards sulfur addition and the difference between market driven and nature driven end results.

Controversial and feisty, Alice Feiring leads an international debate on wine made naturally. She found her métier in 2001 when she wrote an award-winning article for the New York Times, “For Better or Worse, Winemakers Go High Tech.” Through researching the topic she uncovered a world of flavor and aroma changing additives. “Fraud,” she cried, “Give me my wine back!” And then she went to work.

She has helped to define “natural”, uncovered the abuses of ubiquitous terms like “organic” and provoked her readers to share her concerns and passions. Approaching wine from the ground up, Feiring works much like an anthropologist to respect and preserve what is indigenous to wines and their traditions. From the ancient vines of the Canary Islands to the qvevris of Georgia, she unearths century-old practices. She identifies wine that unlocks culture and heritage, methods that reflect and relate human stories.

An early attention-getting blogger, in 2008, she wrote the influential book, The Battle for Wine and Love: Or How I Saved the World From Parkerization and followed that up with her 2011 Naked Wine, a narrative romp through the history and the personalities of vin naturel. Her latest book, For the Love of Wine, my odyssey through the world’s most ancient wine culture, published March 2016, and is an exploration of the natural wines and wine culture of Georgia. In addition she launched The Feiring Line, the only paid-subscription-based natural wine newsletter, read by drinkers in fifteen different countries.

Alice is the winner of both the James Beard and Louis Roederer Wine Writing Awards. In 2013 she was named Imbibe Magazine’s Wine Person of the Year. In addition to her books, she has published numerous essays on life and love. She is the past wine correspondent for Wall Street Journal Magazine and Time and currently freelances for a never ending parade of publications including The New York Times, Wine & Spirits, World of Fine Wine and Newsweek, among others from her tenement apartment in New York City.

More in this category: « Digital Wine: How to use digital apps to track, learn, and share your wine knowledge with Ken Place
Tweet