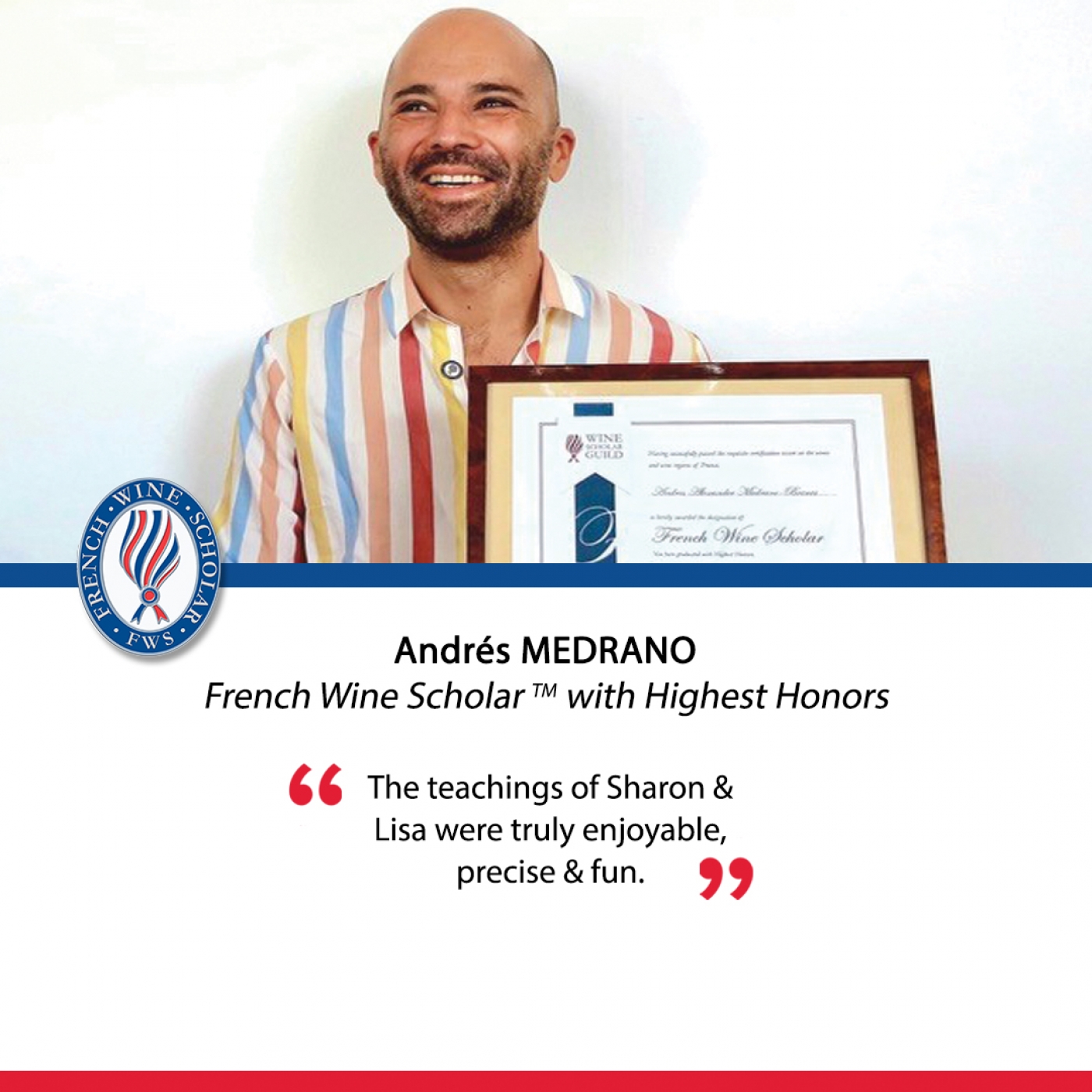 The teachings of Sharon & Lisa were truly enjoyable, precise & fun.

Andrés has a background in International Business. During his second life, he has spent more than 11 years in Paris honing his food & wine knowledge. Starting in 2008 at the famous FERRANDI, school of culinary arts in Paris, he learned the hard way the fine art of pastry & cuisine, apprenticing in noted Michelin-starred restaurants. Inspired by French cuisine, he then had the opportunity to study alongside European champion chef Olivier Boudot to discover secrets of French bread-making at the international Cordon Bleu school.

Discovering a more epicurean penchant, he then left to study for the globally recognized Wine & Spirit Education trust (WSET) level 3 qualification, a master of Champagne and the French Wine Scholar with the Wine Scholar Guild.

Now, armed with both the skills of a Sommelier & culinary nous, he hopes to continue bringing the disciplines together as a food & wine educator in France in the near future, leading bespoke, fun, relaxed, ‘under the skin of the city’ tours around Paris’ independent delicatessens and vintners.

He really hopes tourists will be back in France soon so he can share his food & wine knowledge and develop his educational business by taking wine travelers to visit the wine regions. Due to the current circumstances, he will be teaching a “French wines 101” online webinar in September in collaboration with context travel conversations.  He is passionate about biodynamic farming, fermented food & the history of arguably the finest cuisine in the world.

He followed the Champagne Master Level program & WSET level 3. The FWS added a lot of new & in depth knowledge about the other French wine regions to his previous wine studies. His key to learning was tasting as many wines as possible from all French regions and comparing them. The addition of « Taste of France webinar series » to the FWS program really helped him understanding what he was tasting and kept him motivated.

The FWS program offered a fantastic & exciting insight into every single French region. The teachings of Sharon & Lisa were truly enjoyable, precise & fun. Andrés is looking forward to following their foot steps and becoming a solid wine educator & tour guide.

For the rest of the year, Andrés plans to continue drinking French wines & digesting everything he has learnt before moving to the IWS next year.