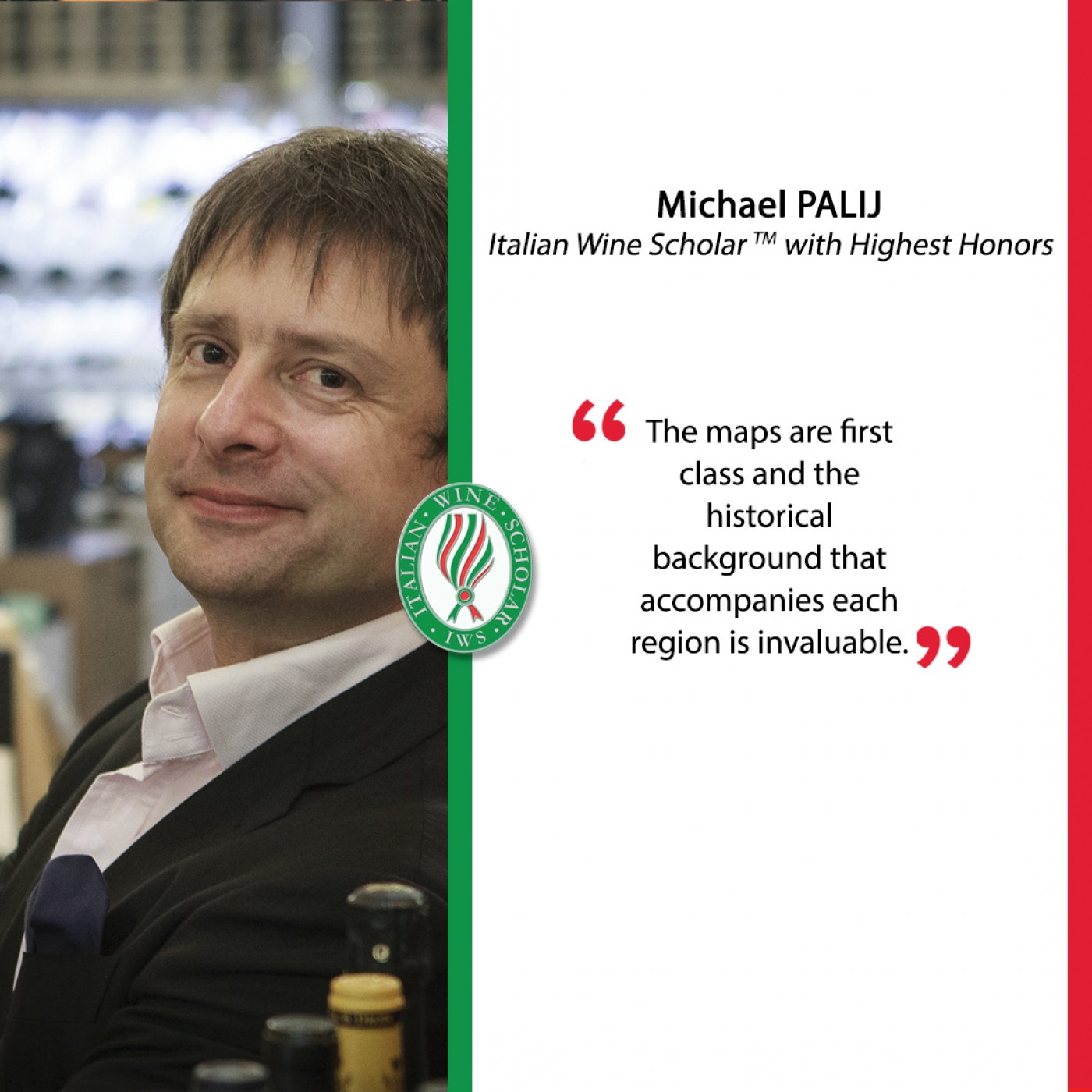 The maps are first class and the historical background that accompanies each region is invaluable.

Michael Palij is a teacher, an author, an entrepreneur, and the world’s leading specialist on emerging Italian fine wines.  A Canadian, Michael emigrated to the UK in 1989 after reading English and Philosophy at the University of Toronto and began his career in the British wine trade.  His first position with the legendary retailer, Oddbins, kindled an interest that would see him admitted to the Institute of Masters of Wine in 1995 at the age of just 29.  Soon after Michael was appointed buyer for a chain of independent shops and made his first visit to Italy the same year.  He promptly fell in love with both the country and its wines and in 1997 established the independent import agency, Winetraders, which continues to import Italian wines from more than a dozen regions although its success has prompted expansion into both Spain and Germany.

Michael’s detailed knowledge of what is arguably the wine world’s most complicated producer combined with his passionate and humorous style led to requests for tastings from wine societies, wine schools and corporations around the world.  Such was demand that in 1994 Michael established his own wine school, Winematters, which continues to operate from Oxford and is fully accredited with the Wine and Spirit Education Trust (WSET) up to and including L4.  Michael is published through Dorling Kindersley and contributes the Italian section to many of their publications.

A member of Who’s Who, Michael was also the founding fund manager for the Institute of Masters of Wine Endowment Fund.  He is a keen cyclist, runner and mountaineer.  He lives in Oxfordshire with his wife and two children.

Michael's thoughts on the IWS program:  The Italian Wine Scholar programme is both comprehensive and up-to-date.  The maps are first class and the historical background that accompanies each region is invaluable in helping frame the current viticulture panorama.  To either the keen amateur or the WSET Diploma student, the IWS should prove of great value.