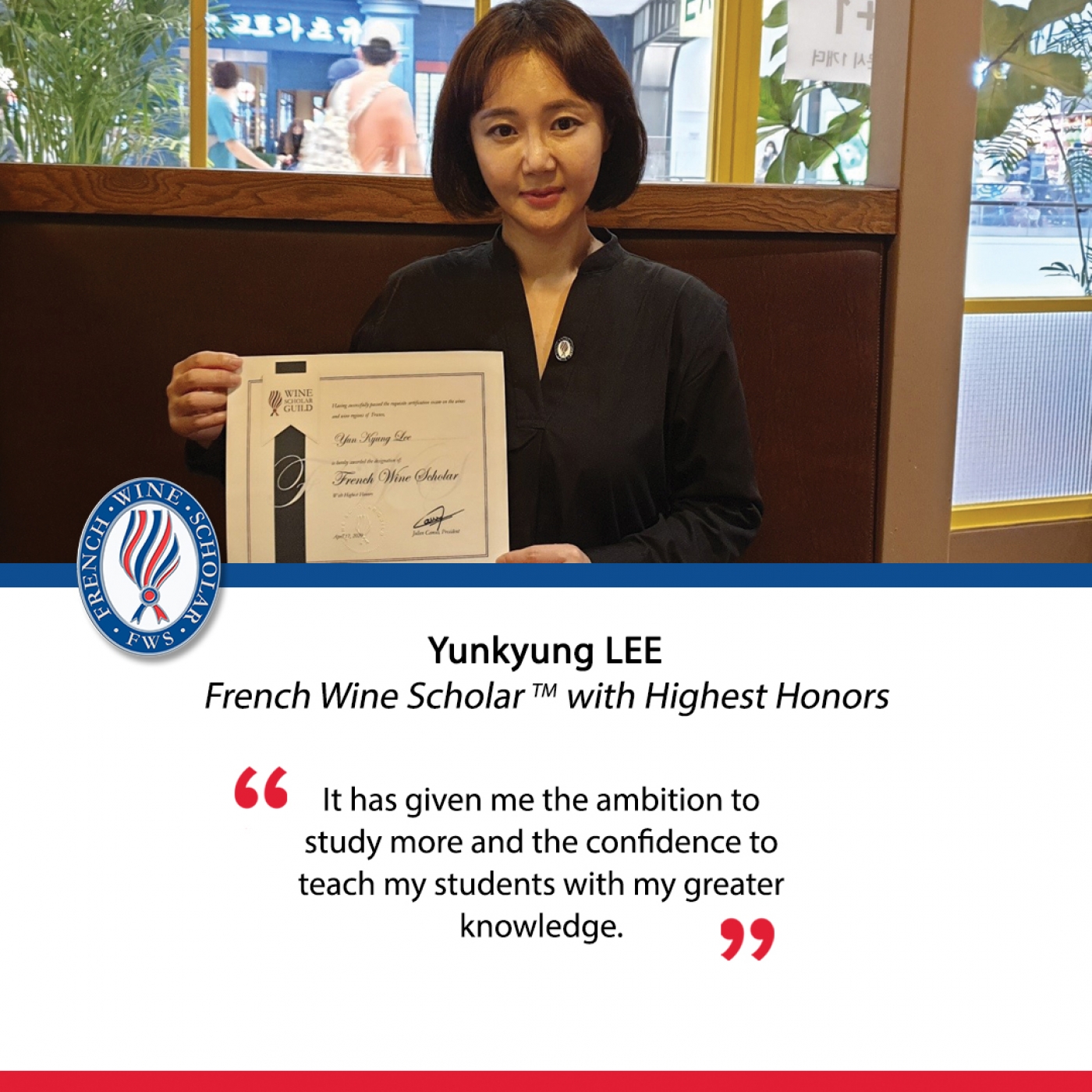 It has given me the ambition to study more and the confidence to teach my students with my greater knowledge.

I have worked as a sommelier and manager in Korea and Singapore. Participated in a national competition 3 times and took the 1st prize in the year of 2007, 2nd prize in 2008 and the 1st prize again in 2009. As a result, in 2009, I participated in 1st Asia-Oceania sommelier competition as the representative of Korea. Since 2010 I’ve been teaching wine and I have started to write my own wine book.

In 2005, I started my first wine study in the Korean branch of ASI (L’Association de la Sommellerie Internationale), which hosts the world's best sommelier contest every 3 years and the 3 different continental contests (America, Asia-Oceania, Europe) every 3 years. After the one year course I received the certification of “master sommelier & consultant” with a scholarship as the 1st prize award in the license examination.  Then, I enrolled in the WSET programs and received certifications with distinction in level 1/2/3 of wine and level 1 of sake. Through the FWS program I was able to learn much more about French wines which has been a goal of mine for a long time.  The FWS program added to my wine knowledge far beyond the basic level.  I intend to continue my studies of French wines at an advanced level.

I now intend to start studying for the diploma of wine and level 3 of sake in WSET in London. My first motivation for enrolling FWS program was to strengthen my knowledge of wine before starting my wine diploma studies with WSET in London.  I enrolled in the FWS and SWS programs together during February and March in 2020. It was not easy to study 2 different things at the same time, but was worth it in that I could develop my ability to learn how French wines have developed their characters with various grapes in different natural conditions, how they present themselves using common grapes shared with some Spanish wines, as well as their historical background. My successful completion of the FWS program has given me the courage to pursue more advanced wine studies.

As stated above, my first motivation for enrolling FWS program was to strengthen my knowledge of wine before starting my wine diploma studies with WSET in London. I found many wine professionals who received the title of “Master of Wine” and/or “Master Sommelier” in the FWS program.  The FWS program delivered much more than I had expected. I particularly appreciated the section about grape varieties based on genetics.  Before participating in FWS program, I had not seen any of that information in books.  It has given me the ambition to study more and the confidence to teach my students with my greater knowledge.