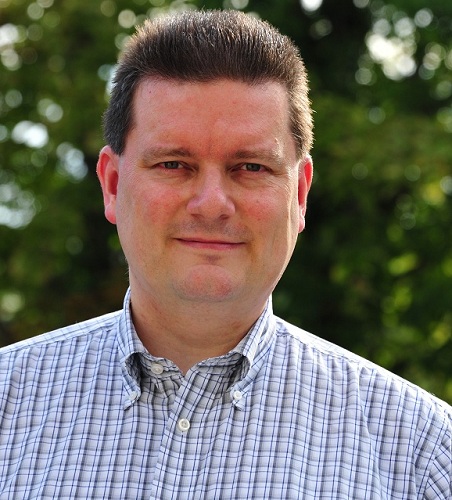 Thierry Meyer was born and raised in Alsace. He began writing about wine in 1999 when he started using the newly emerging wine forums to share tasting notes and insights on the 1000 Alsace+ wines he tastes each year.

In 2001, Thierry started his signature dinner series dedicated to Alsace wines. These have quickly become an important occasion for wine lovers from all over the world to experience fine Alsace food paired with some of the finest wines in the world.

In 2006, Thierry founded L’Oenothèque Alsace (www.oenoalsace.com), one of the most comprehensive modern resources dedicated to Alsace wines. At the same time, he started to promote a program of structured Alsace wine master classes and dinners, each dedicated to a specific theme and each aimed at discovering the richness and variety of Alsace wines in all categories. These sessions are open to all wine lovers, from absolute beginners to professionals, and aim to help them discover the wines of Alsace or further develop their knowledge and preferences. L’Oenothèque Alsace also organizes visits to local vineyards in order to discover the unique geological complexity of Alsace. L’Oenothèque Alsace does not sell wine, and is not connected to any wine producer or association and therefore offers completely impartial advice, allowing wine lovers to discover the quality and diversity of Alsace wines.

From 2007 to 2011, Thierry was contributing editor for Bettane & Desseauve, the influential French wine guide. In this, he covered the Alsace region, as well as the Jura, Savoie and Bugey regions. Thierry is a member of the Confrérie Saint Etienne d’Alsace, which gives him numerous occasions to taste Alsace wines which are up to 80 years old. In 2012, Thierry joined the Decanter World Wine Awards jury as Regional Chair for Alsace.

Olivier completed a degree in oenology in Toulouse in 1987 and earned his Master of Wine title in 1989, the same year that he assumed responsibility for winemaking at his family business in Alsace, Domaine Zind Humbrecht.

The Humbrecht family's viticultural roots can be traced back to the 17th century; today they own 40 hectares across five villages in Alsace.

Olivier has arguably overseen the most notable improvements in the estate’s illustrious history: a new cellar in 1992 while retaining the traditional foudre oval barrels; initiating biodynamic practices in 1997 (certified in 2002); and the buying of a horse in 2006 to plough the vineyards.

Etienne was one of three members of the Hugel family—12th consecutive generation—currently running Hugel et Fils.

Etienne worked one year studying viticulture and oenology in Burgundy then moved to the other coast of France to work the vineyards in of Sauternes. He also spent a short stint working for Cuvaison and Phelps in California.

In May 1982, he joined the family business in Riquewihr (established 1639). By 1989, Etienne was fully integrated in the family business which had just celebrated its 350th anniversary. Etienne’s responsibilities include receiving visitors to the winery/vineyards, and waving the "HUGEL" flag in most overseas markets: U.K., U.S.A., Canada, Holland, Japan, China etc. He was spokesperson for the Hugel brand and has his hands—as all other members of the family do—in every aspect of the business: marketing, export, public relations, the family blog and social networks.

Thierry Fritch is a qualified agricultural engineer with an MBA from the Management School of Lyon. He has worked for several years for a variety of wine producers in Alsace and serves currently as the Director of Conferencing and Training for the Alsace Wine Bureau (CIVA,  Conseil Interprofessionnel des Vins d’Alsace).

In this position, he travels extensively throughout Europe, Asia and the United States working with importers, wine associations, retailers, wholesalers and journalists to improve the image of the wines of Alsace and demonstrate their unique ability pair masterfully with all types of cuisine.

Sue Style is a food, wine and travel writer based in southern Alsace, close to the Swiss border.

She is the author of eight books, including A Taste of Alsace (published in the UK by Pavilion, in the US by William Morrow), Alsace Gastronomique (published in the UK by Conran Octopus, in France by Hatier) and (jointly with Guy Jacquemont) Le Grand Livre des Vins d’Alsace (Chêne, France). She is a Consoeur Gastronome of the Conférerie St-Etienne.

She compiled the three sections on Alsace for www.winetravelguides.com and leads vineyard tours in Alsace.

During 2009, Andrew was a Senior Research Fellow at the University of Adelaide, Australia and served as Wine Writer in Residence to the Wine 2030 Research Network.

In May 2010, Andrew and his family then moved to the Languedoc where they now live. Andrew has chaired the Languedoc-Roussillon panel for the Decanter World Wine Awards for the past eight years.

He is genuinely very fond of the Alsace region and its wines. 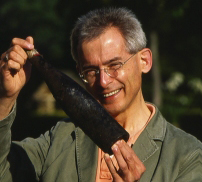 David Schildknecht trained in philosophy and worked as a restaurateur before spending a quarter century in the U. S. wine trade. His reports were long a fixture of Stephen Tanzer's International Wine Cellar.

From 2007 to 2015, he wrote full time for Robert Parker's Wine Advocate, covering inter alia Austria, Germany, much of France, and – more recently – North America outside California. A columnist for The World of Fine Wine (U.K.) as well as for Vinaria (Austria) and an occasional contributor to Wine & Spirits (US), Schildknecht's musings on wine can also be found periodically in the forums at eRobertParker.com and JancisRobinson.com. as well as in Ed Behr's The Art of Eating.

Schildknecht is responsible for the German wine entries (and, beginning with the upcoming 4th edition, those on Austria as well) in The Oxford Companion to Wine and a co-author of the seventh edition of Robert Parker's Wine Buyer's Guide and Parker's Wine Bargains. He has addressed issues of aesthetics in contexts including the International Philosophy of Wine Conferences, The Network for Sensory Research and as a guest instructor in a sadly short-lived pilot course on aesthetics at the U.C. Davis Department of Viticulture and Enology.

An avid and perpetual forager and home cook, his life in wine occasionally permits him to pursue his passions for music, history, and his infinitely tolerant wife of nearly four decades.