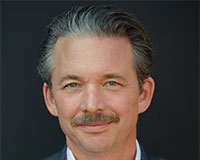 Author, journalist and consultant, Charles Curtis is a Master of Wine and the founder of fine wine advisory WineAlpha.  Former Head of Wine for Christie’s in both Asia and the Americas, Curtis joined Christie’s in 2008 from LVMH, where he was Director of Wine and Spirit Education for Moet Hennessy USA.  Over the years he has held a variety of posts in the wine trade, and his professional career began as a chef who trained at the Cordon Bleu Paris, working in restaurants around the world.  His first book, The Original Grands Crus of Burgundy, was released in 2014.

Charles Curtis has had a decades-long engagement with the Rhone Valley. He visits often, has covered the region as Senior Editor for Le Pan magazine, and has written extensively on the topic. In his role as Head of Department at Christie’s, he brought many significant collections of Rhone wines to market, including offers direct from the cellars of Chapoutier and Jaboulet among others. 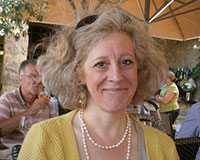 With a degree in history and a Master of Wine, and many years working in the commercial wine world and writing about modern wine regions, Elizabeth Gabay’s main interests rest with a combination of history and wine. In particular, she focuses on the cultural history behind the styles of wine we drink today, the evolution of traditions, the invasion of the modern world and the disappearance of an alcoholic heritage. Gabay has been in the wine trade in one form or another since 1986, a Master of Wine since 1998 and has lived in southeast France since 2002. She now writes and consults in the wine regions of Provence, across northern Italy, Austria to Hungary.

I first learnt about the wine regions of the Southern Rhone, as a wine merchant in London in the 1980s. Their red wines, ranging from big, rich Chateauneuf to fresh and fruity Cotes du Rhone were always very popular.

Driving down to Provence, always meant first having to go through the Rhone vineyards, and, as there is no hard divide between western Provence and the Southern Rhone, these two areas make a cohesive viticultural area. The same varieties are used in the same way, are influenced by the same climate and share common elements of history. In fact, apart from the presence of the Rhone river as a unifying factor, Southern Rhone has more in common with Provence than it does with the Northern Rhone. 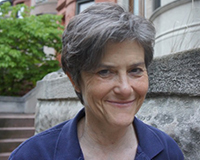 Lisa entered the wine trade following an earlier career as a lawyer. In 2010 she established Tastingworks, which offers tailored go-to-market strategies and coaching for wine regions and family-run wineries seeking to enter and/or improve their penetration in the American market. Her career in wine has included work in both the import and distribution channels, working with both small and large wholesalers and importers around the United States. Engaging and dynamic, Lisa is widely renowned as a superb teacher, not just on wine knowledge and philosophy, but also on wine sales effectiveness, having taught at the International Wine Center, the Wine and Spirit Education Trust (WSET), the American Sommelier Association, and the Institute of Masters of Wine for over 10 years. She was a Professor of Wine at the New York Institute of Technology from 2013-2015. Lisa frequently judges in wine competitions; her writings on wine have appeared in publications such as Sommelier Journal, The World of Fine Wine, and The New York Times.

Lisa became a Master of Wine in 2006. She has a BS and MS in Foreign Service from Georgetown University, a JD from Georgetown, her LL.M and doctorate from Yale Law School. Widely published both in wine and in the law, she is the recipient of numerous awards and fellowships, among them a Fulbright Scholarship, the Villa Maria Award, a Waitrose Fellowship, and the Thomas Jefferson Award from the Pennsylvania Academy of Fine Arts. 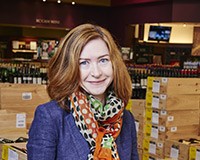 Barbara Philip MW became the first Canadian woman to achieve the Master of Wine designation in 2007.  Based in Vancouver, she is a Category Manager for BC Liquor Stores where she is responsible for European wines.

With her husband Iain, Barb runs Barbariain Wine Consulting and works as a presenter, judge and radio columnist on CBC Radio One’s “On The Coast” 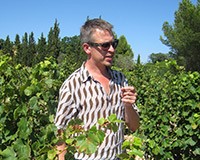 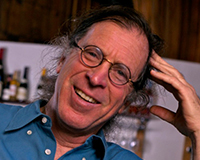 Randall was born in Los Angeles in 1953 and attended Uncle Charlie’s Summer Camp, excuse me, the prestigious University of California at Santa Cruz where he was a permanent Liberal Arts major. Some time later he found himself working at the Wine Merchant in Beverly Hills sweeping floors. By dint of exceptionally good karma he was given the opportunity to taste an ungodly number of great French wines and this singular experience turned him into a complete and insufferable wine fanatic. He returned to the University of California at Davis to complete a degree in Plant Sciences in 1979, where owing to his single-minded obsession with Pinot Noir he was regarded as a bit of a holy terroir in the hallowed halls of the sober and sedate Department of Viticulture and Enology.

With his family’s assistance, Randall purchased property in the Santa Cruz Mountains in a magically quaint eponymous hamlet known as Bonny Doon, intent on producing the Great American Pinot Noir. The GAPN proved to be systematically elusive but he was greatly encouraged by experimental batches of Rhône varieties, and he has been a tireless champion of the grapes of the Rhône since the inaugural vintage of Le Cigare Volant. In 1989 Randall appeared on the cover of the Wine Spectator, clad in blue polyester, as “The Rhône Ranger,” a moniker that has mercilessly followed him ever since. (He has subsequently abandoned the habit of appearing en masque at public events.)

In 1991 Randall was indicted into the Who’s Who of Cooking in America by Cook’s and in the same year Ted Bowell of the Lowell Observatory in northern Arizona named the “Rhoneranger” asteroid in his honor. He was proclaimed Wine and Spirits Professional of the Year by the James Beard Foundation in 1994. Randall lectures frequently to wine societies and technical groups, and occasionally contributes quixotically sincere articles to wine journals. His idiosyncratic newsletters and articles were collected, carefully redacted, and with the inclusion of some very timely new material, published as the award-winning book, “Been Doon So Long: A Randall Grahm Vinthology” in 2009. In 2010 the Culinary Institute of America inducted him into the Vintner’s Hall of Fame. He lives in Santa Cruz with his muse Chinshu, their daughter, Amélie and his thesaurus.