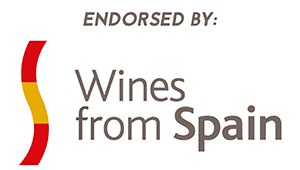 The Spanish Wine Scholar™ program presents each Spanish wine region as an integrated whole by explaining the impact of history, the significance of geological events, the importance of topographical markers and the influence of climatic factors on the wine in the glass. No topic is discussed in isolation in order to give students a working knowledge of the material at hand.

In order for Spanish Wine Scholar candidates to study the wine regions of Spain from a position of strength, Chapter One covers Spanish wine history, wine laws, geography, climate, grape varieties, viticulture and winemaking in depth. It merits reading, even by advanced students of wine, as much has changed, especially with regard to wine law and the new research on grape vine origins.

Spain is normally associated with the production of red wine, but the four regions comprising Green Spain—Galicia, Cantabria, Asturias, and País Vasco—craft some of Spain’s most interesting and unique whites. Local grapes such as Albariño, Godello, Treixadura, and Hondarribi Zuri stand in the spotlight, with the exciting red variety, Mencía, moving ever closer to center stage. This dynamic region redefines the preconceptions of what Spain has to offer the global wine market.

The region of Castilla y León occupies one-fifth of mainland Spain and is home to some of the country’s top wine growing areas such as Ribera del Duero, Rueda and Toro. This is a high-elevation, high-quality production area that experiences extreme seasonal temperature variations. In fact, an old Castilian saying states that the year is comprised of nine months of winter and three months of hell. Yet Tempranillo thrives within this hostile climate—and it produces some of Spain’s most esteemed reds.

Rioja’s wine culture represents a composite of tradition and modernity. Rioja was one of Spain’s first demarcated wine regions yet it continues to reinvent itself. It has set itself apart as one of the world’s greatest wine-producing areas and has maintained that allure for centuries. It is largely responsible for the growth of Spain’s wine reputation around the wine world; it is also the country’s most recognizable wine region by consumers around the globe. Find out why!

The Ebro River Valley is the birthplace of Garnacha. Wine growing areas such as Navarra, Cariñena, Campo de Borja, and Calatayud are garnering international fame for what is done with this grape. The pure versatility of Garnacha has everyone talking. From rosés to old vine reds, from single varietal to blend, Garnacha has elevated itself from workhorse to thoroughbred. And the world is watching. The Ebro River Valley has also distinguished itself for its many Vinos de Pagos or single vineyard wines. This area is a hotspot for both tradition and trends.

Cataluña is home to cava, Spain’s traditional method sparkling wine. Utilizing local Macabeo, Xarel.lo, and Parellada grapes, Cataluña has put a very Spanish accent on this classic winemaking process. Did you know that the prototype of the gyropalette was developed here! The cooperative concept was also given a brand-new image here! Dubbed “wine cathedrals” many are stunning examples of modernist architecture. In Cataluña, wine has always been elevated to art.

The Central Mediterranean Coast, occupying nearly half of Spain’s Mediterranean coast, is not only home to Spain’s national dish, paella, but to two underrated, local grapes quietly taking the world by storm—Monastrell and Bobal. Monastrell has been globe-trotting under the radar for a long time. Fondillón, a dessert wine crafted from this grape, is believed to have been the first wine to join Magellan as he circumnavigated the globe! Explore the legacy that is the Central Mediterranean Coast.

Castilla-La Mancha is the largest wine-producing region in the world! There are approximately 1,100,000 acres/450,000 hectares under vine which represents nearly one-half of Spain’s total vineyard area! Once known for bulk wine, this area is now home to more than half of Spain’s Vinos de Pago or single estate bottlings. These wines are creative and fresh expressions of an ancient land; they represent a vinous frontier that lies right beneath the feet.

The dazzlingly white limestone-rich soils of Andalucía have been given voice by the Palomino grape. The combination of sea and heat and sun have taken wine and elevated it into something that reflects the passage of time—in barrel under a film of surface yeast or in barrels via a complex fractionalized blending process known as the “solera.” These fortified wines bear the salty tang of their birthplace, the heat of their climate and the soul of a winemaking process that honors wine with a hauntingly beautiful patina of age. Discover sherry.

The vines compete with the tourists as the consummate sun-worshipers of the Balearic and Canary Islands. Sunburn and wind burn are serious problems for human and grapevine alike! The islanders have developed some unique viticultural practices to block the westerlies, collect rainfall and trellis the vine. And the grapes they grow—Prensal, Listan Blanco, Callet, Manto Negro, and Listan Negro—are equally singular. Just as the islands themselves represent but a small fraction of the landmass below the waves, wine production is distinguished not by its volume but by its sizable sweep of character.