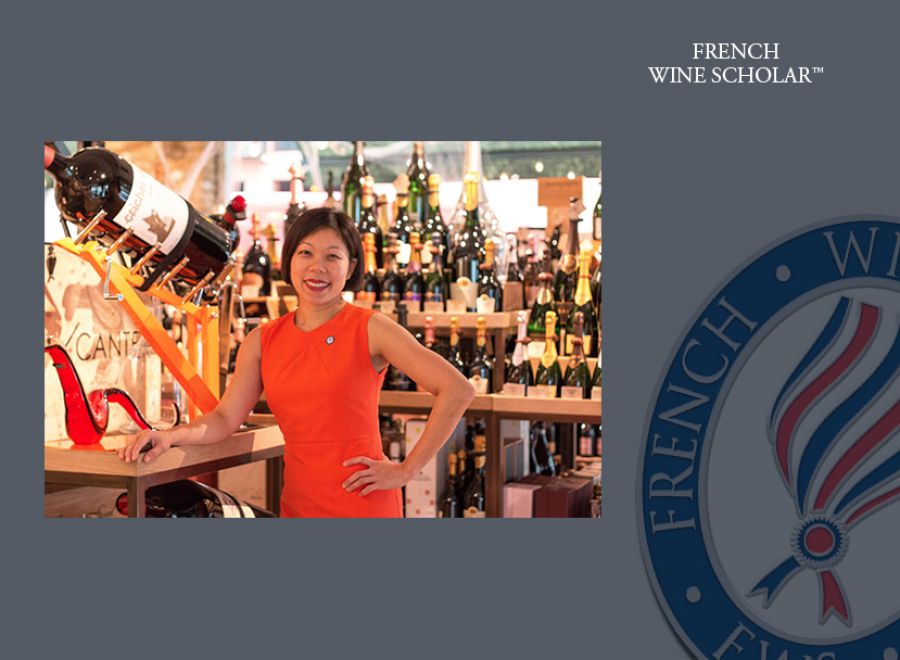 the FWS program was a natural progression from WSET level 3 as it built on the knowledge from level 3 and went into a lot more detail about each of the winemaking regions in France which I found really interesting.

''I am definitely a wine enthusiast!  I was first introduced to wine/Champagne when I was 18 and we were celebrating my cousin’s graduation from medical school.  I was given a glass of 1988 Dom Perignon which I remembered being completely intrigued by – I didn’t have the vocabulary then to describe why I enjoyed that glass so much but the memory clearly stuck with me.
When I moved to London over 10 years ago, I was introduced to the idea that Champagne wasn’t just for special events (cue Patsy and Eddie from AbFab)!  Being a bit of a geek, I wanted to understand what it was about Champagne that made it so interesting and attended Champagne school at Berry Bros & Rudd.  That first tutored tasting at BBR opened my mind to a whole new world: I became fascinated about winemaking and what makes a good wine and it soon became a case of the more I knew about and tasted wine, the more I wanted learn about it.

I passed (with merit) each of WSET Levels 1 to 3 and contemplated starting on the WSET Diploma programme but was worried about the time commitment (especially as I am not in the wine trade and my day job can get all consuming at times).  When I learnt that West London Wine School were conducting the French Wine Scholar program, I signed up almost immediately as I was getting bored with the usual tutored tastings which seldom went into any level of detail about the various winemaking regions largely because of the diverse group of attendees with varying wine knowledge.

The FWS program at West London Wine School did not disappoint.  Jimmy Smith who led us on the programme was informative and very engaging and he took the time to answer the very many questions from an inquisitive cohort.  From my perspective, the FWS program was a natural progression from WSET level 3 as it built on the knowledge from level 3 and went into a lot more detail about each of the winemaking regions in France which I found really interesting.  It was through the FWS program that I found about the Masters level programs and now that I have passed the FWS exams, I intend to sign up for the Champagne Master-Level program next year.  After all, Champagne is my first love.''