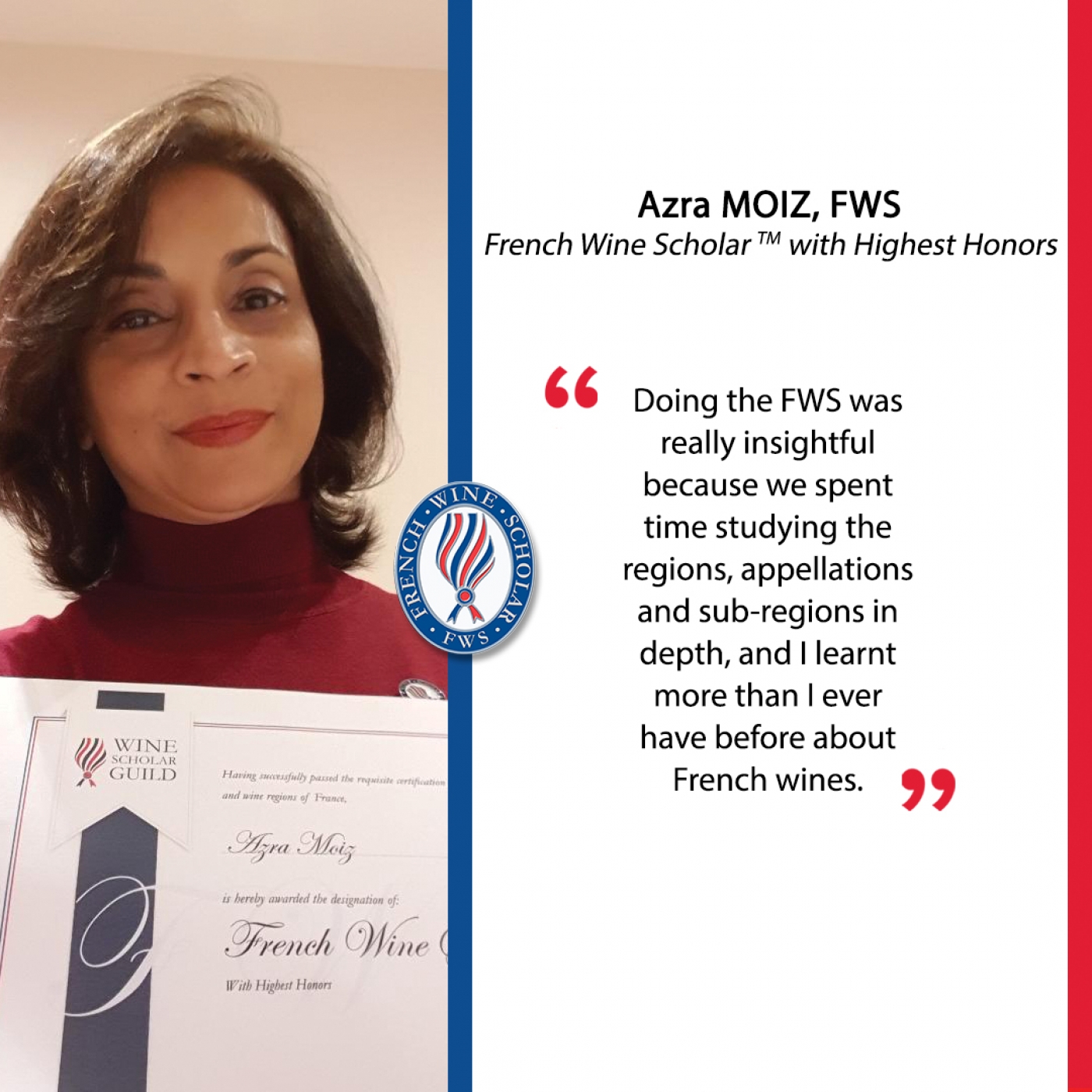 Doing the FWS was really insightful because we spent time studying the regions, appellations and sub-regions in depth, and I learnt more than I ever have before about French wines.

Since I first discovered the most sublime white and red Burgundies almost 20 years ago, I have been fascinated by how a plain old grape could transform into something so amazing. I’ve been an enthusiast since… I don’t have any intention of going into the wine trade as just the fun of learning about wines without any work commitment is just fine for me!

I have done the WSET Level 3 qualification in the UK which gave me a good foundation in wine knowledge. However I always wanted to do more of a “deep dive” into the wine giants of Europe – France of course, and also Italy and Spain. So this year I did the Italian Wine Scholar Part 1 and then the French Wine Scholar.

Doing the FWS was really insightful because we spent time studying the regions, appellations and sub-regions in depth, and I learnt more than I ever have before about French wines. The tastings during the course were particularly valuable as the wines were chosen with care and discernment.

Studying for the exams turned out to be a pleasure because the course content was so motivating. In fact I think I studied harder for these wine exams that I did for my law degree.

I don’t plan to work in the wine industry so doing the FWS was just for my own personal enjoyment… and I did enjoy it immensely. Going for weekly classes was the highlight of my week, and in fact after it was over I felt a sense of loss…  Thursday nights felt so dull without the FWS.