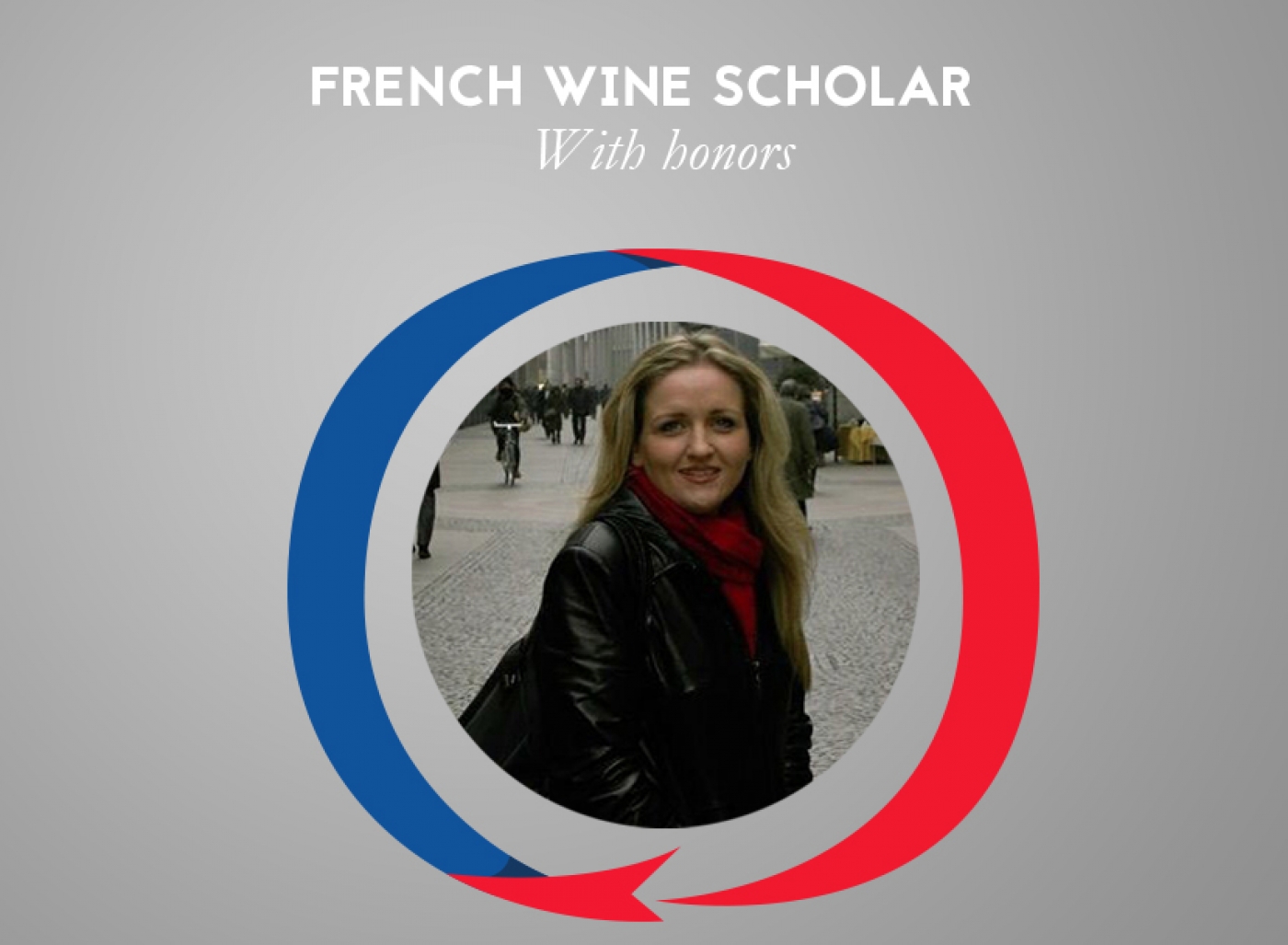 I really felt that Burgundy gave me the biggest fits when preparing for FWS, so I have decided to enroll in the Burgundy Master program

Congratulations to Hillary Cole, FWS for passing the French Wine Scholar exam with honors with the Napa Valley Wine Academy!

''I’m a wine enthusiast-turned-professional. I spent my 20s in military intelligence in the DC area and early 30s in logistics management. I started visiting vineyards in Northern Virginia and Europe when I was 21 and was immediately hooked. I loved the romanticism of the vineyards that were such a stark contrast to the gravity of my intelligence career. About four years ago, I was toiling away in logistics and realized that I didn’t actually cared about the job itself. I only worked to do well at it because I’m competitive, not because I actually cared about the work. It was then that I realized that wine was the staple that remained a constant source of interest for me.  I decided to merge my passion for wine with my background in analysis and business. I have been very fortunate to be able to marry the two and build what has thus far been a very rewarding and enjoyable career in hospitality.

I passed all three levels of Gallo Wine Academy between March 2014 and June 2014. In March 2015, I took and passed the Intro Sommelier exam for the Court of Master Sommeliers and shortly thereafter took my first restaurant GM/Somm job where I got to procure a really fun, difficult-but-approachable list that was 1/3 California, 1/3 French, and 1/3 weird stuff: German Lemberger, NE Italian Lagrein, Erbaluce, Rutherford Picpoul … some really special wines that I came to have great affection for on our list.

My FWS studies reinvigorated my desire to continue to learn about wine, while also giving me some direction. For instance, I really felt that Burgundy gave me the biggest fits when preparing for FWS, so I have decided to enroll in the Burgundy Master program next month so I can trade the uncertainty for mastery. I am also scheduled to sit WSET 3 August 20th. After those two, I’ll go onto another Master course and WSET 4.

I’m a very fervent believer in continuing education and the power of professional certifications when mapping one’s career. As such, I suspect that as I continue to certify in wine, my wine selections for our restaurant will reflect the education; projects that I get accepted to assist with will come along more frequently; and most importantly – I will have the confidence to know that one day I’ll reach my personal goal of being able to stand on any vineyard virtually anywhere in the world and not only appreciate its romanticism, but also exactly what it is, and why and how it is.''