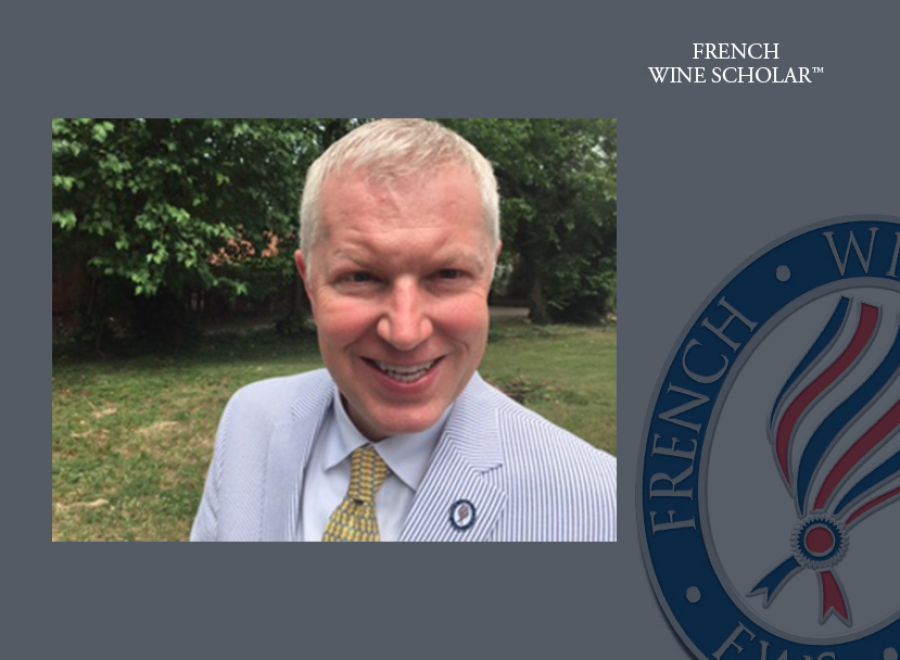 The FWS program introduced me to other regions that I hadn't previously focused on [...] I felt like I really got to better understand French wine.

Congratulations to Jason Lawrence, FWS, student with the Capital Wine School in Washington DC, for having passed the French Wine Scholar exam with the highest honors!

''I am a wine enthusiast.  I first really discovered the pleasures of wine drinking while on my first diplomatic assignment at the U.S. Embassy in Sofia, Bulgaria.  Wine there was inexpensive and easy drinking.  Since then I've had the opportunity to visit numerous wine regions, in particular Champagne, the Loire Valley, and Bourgogne in France.

Previous to FWS, I took WSET Level 2 earlier this year.  The FWS program certainly went in to far greater detail than that class.  I felt like I really got to better understand French wine through the FWS program.  I would like to take the Italian Wine Scholar and Spanish Wine Scholar programs at some point.

The FWS program introduced me to other regions that I hadn't previously focused on.  It has made me want to try new things and visit other parts of France. It has also helped me think more seriously about a second career in wine after I retire from the government.''