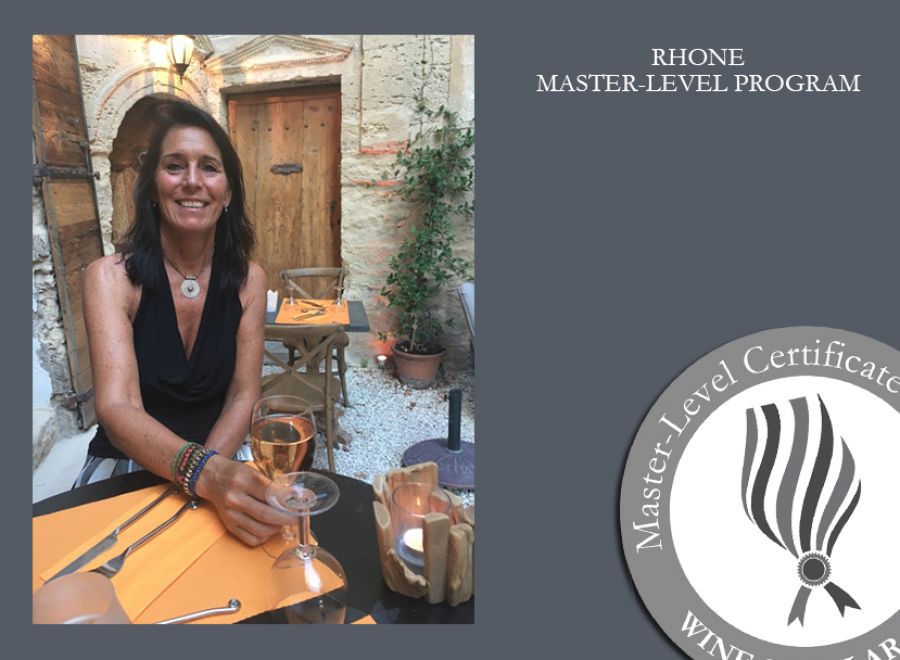 I followed the ML Rhône as Inter-Rhône is planning to open a big wine center in Avignon with a wine school, so I would like to join this project at the beginning April 2017.

Congratulations to Nathalie Walterscheid for passing the Rhône Master-Level exam with the highest honors!

''I started to follow wine studies in Holland in 1998 when I stopped working as a trader. As I love food and that the Dutch people started to be intereted in wine i decided to import french wine during 2 years. Later I moved to south of France where I discovered rock climbing and than I traveled several years the world for mountain climbing my other passion which I still practice today. End 2012 I decided to work in wine so in 2013 I did my WSET level 3 and followed the sommelier course in Université du Vin de Suze-la-Rousse for which I did a stage in a 2 stars restaurant. 2014 till 2016 I did the WSET Diploma, as most of my future clients are anglo-saxons (and also because it interests me!) and I did the ML Languedoc-Roussillon. During these years I was a member of 10 (yes 10!) ladies association which took care of 3,5 ha of vines in South of France, which enabled me to learn about pruning, all the cellar work...and of course sell the wine! (about 9500 bottles).

I followed the ML Rhône as Inter-Rhône is planning to open a big wine center in Avignon with a wine school, so I would like to join this project at the beginning April 2017. They are looking for people with of course wine knowledge, but also foreign languages (my specialty will probably be German and Dutch).

Maybe after one or two years of work I would like to follow the MW course, will see.... how everything goes! Would love to!''