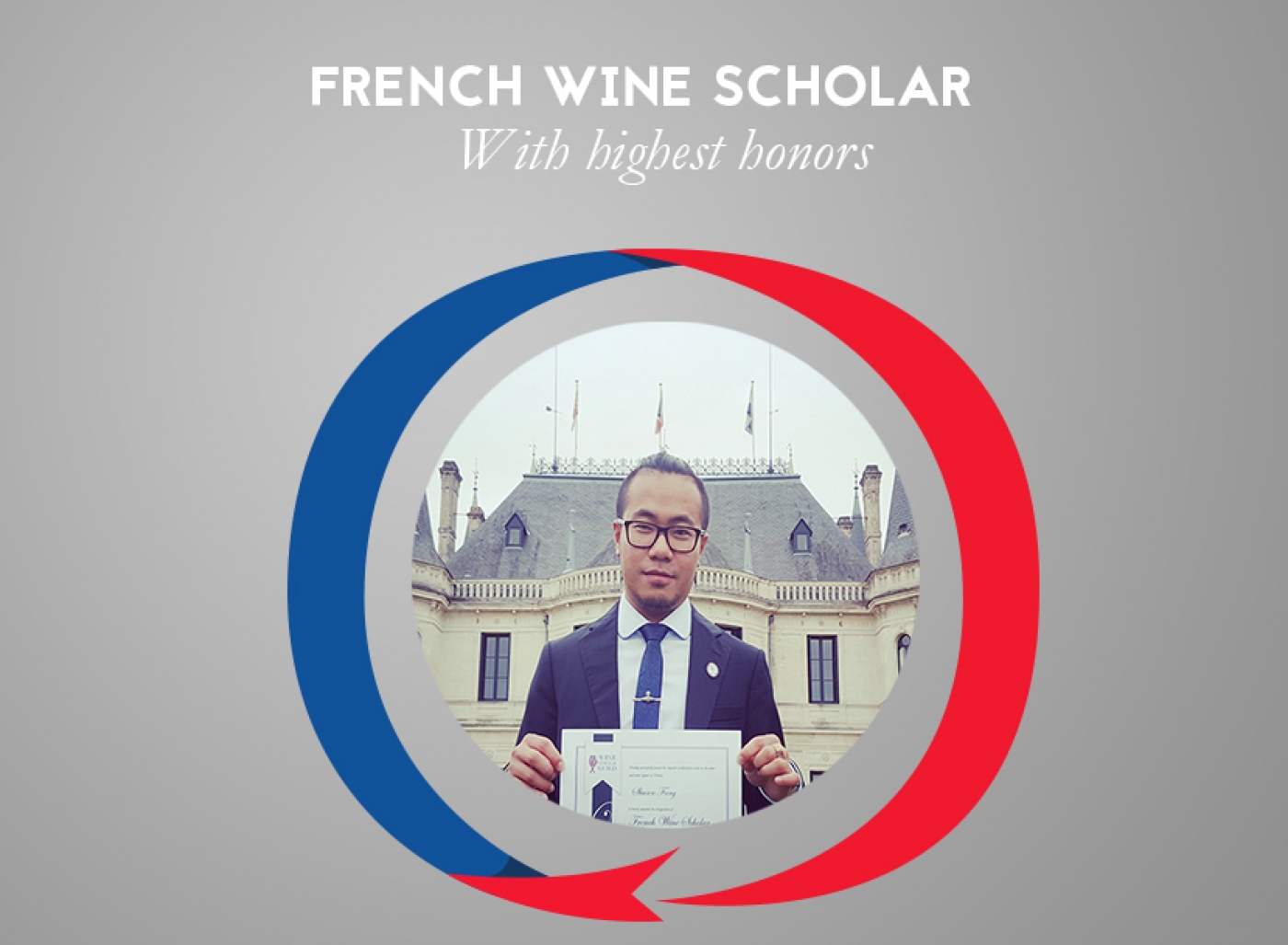 Actually, FWS is quite helpful in my sommelier program study. For sure I can become the No.1 of Asia people in CAFA Formation

"I am a student of sommelier in CAFA Formations Bordeaux since 2015 and I am also a vine enthusiast. I have been in this sector for 2 years. 2 years is quite short for most of the predecessor in this field, however this period is meaningful. I started my first years to learn my French language and the French wine and in the same time I took my WSET level 2 in 2016. That was how I fell in love with this career. During 2016-2017, I was in the major of sommelier, so I went deep into wine sector and I chose FWS to help me go further. I am very glad to learn this program because FWS is like an encyclopaedia of French wine and also I am very honor to pass it. Now I am taking part in WSET Level 3 and in the same time, I am looking for a job in wine in France and HongKong. I am sure I will go further in this sector.
I have already passed my exam of WSET Level 2. I think FWS is a very good reference book for the french part. Now I am preparing my WSET 3, I am very glad to say that I don’t need to read my french part in WSET 3 because FWS has already explain much more detailed. I even think that I will review it again when I take my WSET 4. Thanks for it!
Actually, FWS is quite helpful in my sommelier program study. For sure I can become the No.1 of Asia people in CAFA Formation thanks to FWS. I am very interested in Wine Scholar Guild. I am sure I will take the master level of Rhone after my WSET 3."