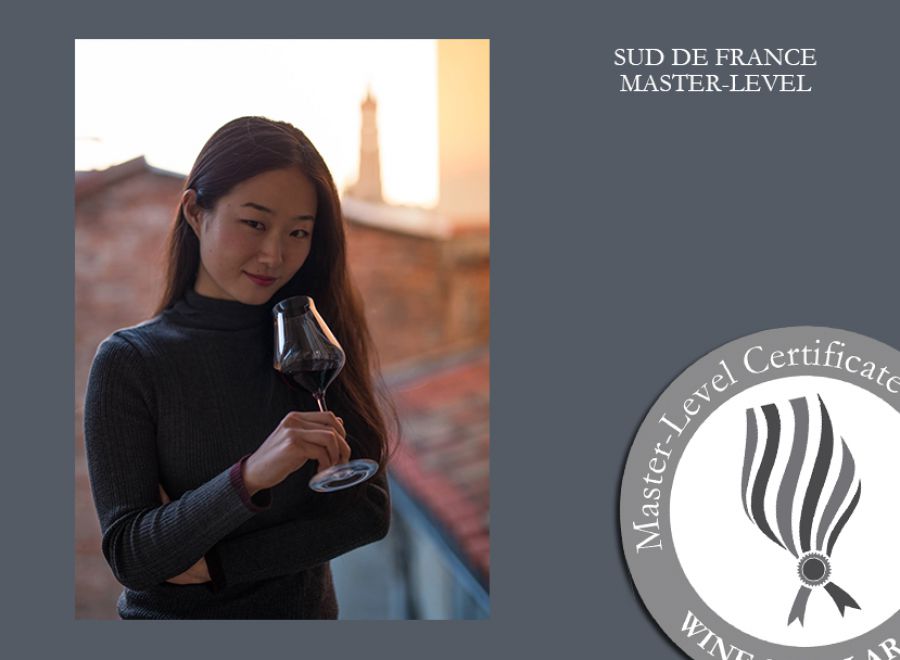 Congratulations to Soo Jin Hwang, from France, for being the 2015 WORLD TOP EXAM SCORER for the SUD DE FRANCE MASTER-LEVEL PROGRAM.

Soo Jin is president of the JinJi Table Coréenne.

''I am at a pivotal moment of my career, trying to be a wine professional from a wine enthusiast.

After obtaining a bachelor degree in economics and international business in Seoul, South Korea, I moved to France in 2007. I had always enjoyed wine since my adolescence, and living in Southern France helped me to open eyes to the world of gastronomy. This is how I decided to get a French cuisine diploma instead of continuing my studies in a graduate business school.

I opened the restaurant in 2010 which is referred in Michelin guide since 2012. As in France no meal can be complete without a good bottle of wine, I began to study wine through several professional formations. The thing is, once I started to study wine, I could not stop it anymore! This is why I have decided to sell the restaurant recently wishing to work in a wine industry.

Besides some formations for people in HORECA, I passed the WSET level 2 in February 2014, level 3 in April in the same year, then level 4 diploma in November 2015. The ML program of South France was naturally more in detail comparing to the WSET level 4, given the same region, so it helped me to have deeper connaissance of Languedoc and Roussillon. Moreover, it was a great pleasure to have Matthew Stubbs MW as a lecturer, he gives students such insightful knowledges concerning the subject!

I plan to apply to the Institute of Master of Wine this year. The ML program has allowed me a lot to learn much more about the region than any other formation that I have taken so far, and combining my experience as a resident in South France for several years, I expect to take advantage of being more specialized of the most dynamic wine area of the France.''