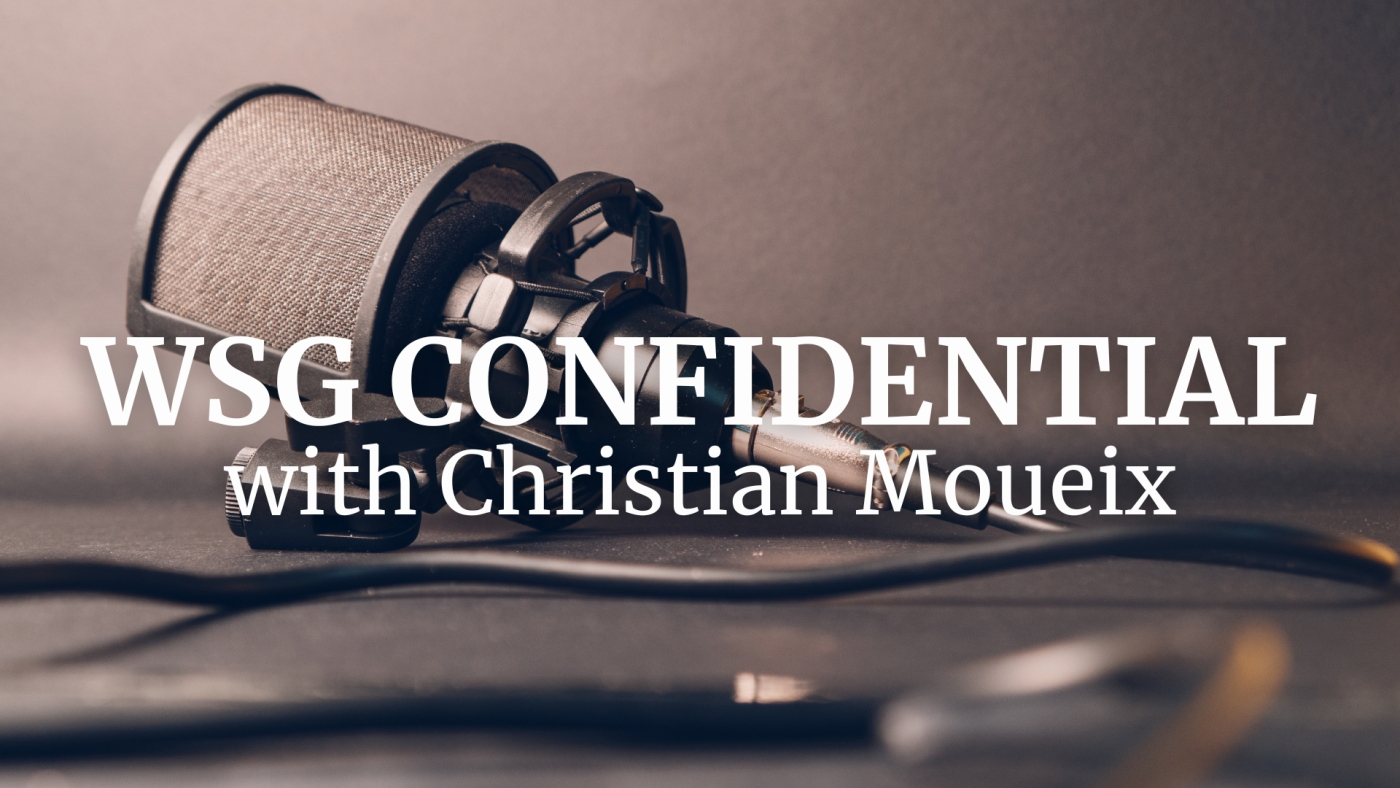 Become a member of the Wine Scholar Guild & get access to all live & recorded member webinars.

WSG Live is a series of podcasts in which our presenters talk at length with some of the extraordinary individuals working in today’s wine world, both those involved in creating wines as well as those involved in communication and education.

Christian Moueix was born on Christmas Day 1946, the second son of Jean-Pierre Moueix, in Libourne – the capital of Bordeaux’s Right Bank. Jean-Pierre Moueix had arrived in Bordeaux as a 16-year-old with his parents from Corrèze, so the family fortunes have been built on the work of two generations (recently joined by the third: Christian’s son Edouard).

Christian studied agricultural engineering in Paris, then completed these studies with a year at UC Davis, California, between 1968 and 1969 – a year that inspired a lifetime’s affection for the USA and for California. He joined the family company in 1970, and over the succeeding half century has become synonymous with Pomerol, not only guiding the fortunes of Ch Petrus on behalf of his father and then his elder brother Jean-François, but becoming an informal but influential spokesman for his region, for the Right Bank, and for the much-maligned Merlot as a variety.

In 1982, he formed a partnership to farm and  make wine in Yountville from the Napanook vineyard, once a part of the historic Inglenook.  He named the estate wine Dominus and in 1995 became the sole owner. In 2008 he made a further purchase of 16.2 ha in Oakville, a former part of the Charles Hopper Ranch, and has named this property Ulysses. The family properties in Bordeaux include Ch La Fleur-Pétrus, Trotanoy and Hosanna in Pomerol, as well as Bélair-Monange in St Emilion.

Christian and his wife Cherise are enthusiastic about architecture and have completed five projects with the Swiss architects Jacques Herzog and PIerre de Meuron, including the Dominus winery (2007), a refectory for the harvesters in Pomerol and currently a chai for Bélair-Monange; they are also art collectors in their own right; indeed they met in a Paris gallery. Other artistic interests include music and literature -- and few wine producers anywhere speak about their work with the elegance and refinement of Christian Moueix, as WSG students can discover for themselves.

On October 21st, Wine Scholar Guild Academic Advisor Andrew Jefford will be talking at length to Christian about his long career, about Merlot and Pomerol, about creating wine quality through viticulture and vinification, about the changing aesthetics of fine Bordeaux wine, and about the difference between artistic creation and the craft of producing great wine. They will also talk about Napa and its uniqueness within the wine world, as well as the challenges it faces from global warming and from fire threats. Students will have a chance to ask Christian questions of their own in a 15-minute wrap at the end of the discussion.