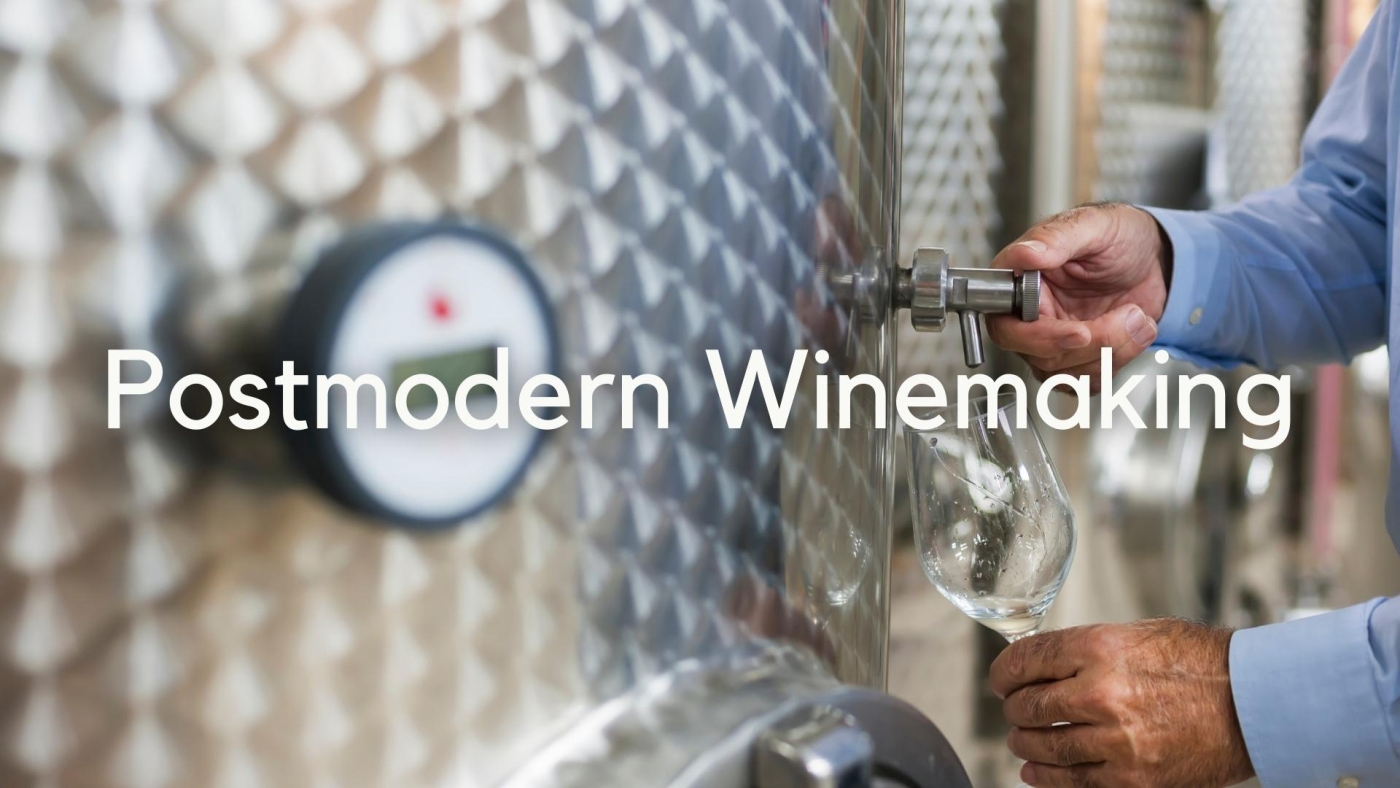 In this intriguing discussion on winemaking in the modern era, Clark Smith will discuss the principles explored in his book, Postmodern Winemaking, named Wine & Spirits Magazine 2013 Book of the Year.  He will share his views on the causes of the rift between wine lovers and winemakers and how it might be healed, and will illustrate application of postmodern principles through the production of Eurocentric wines in California under his own WineSmith label.

Clark Robert Smith is one of California’s most widely respected winemakers.  He has built many successful brands, consults on five continents, judges wines at several competitions, teaches wine technology at CSU Fresno and online Wine Appreciation for Professionals at Florida International University and directs the curriculum of the GrapeCraft Wine Academy.

After attending M.I.T. and graduating as the top student at U. C. Davis, Smith served as the founding winemaker for The R. H. Phillips Vineyard for its first seven years, where he implemented night harvesting and published ground-breaking research on vineyard variables affecting wine quality.

In the 1990s, Smith went on to patent reverse osmosis methods for alcohol removal and volatile acidity correction, founding the world’s largest wine technology provider, Vinovation, and pioneering the implementation in American winemaking of micro-oxygenation, ultrafiltration, tartrate stabilization through electrodialysis, alternatives to sterile filtration, and a host of other wine quality enhancement techniques, serving for a decade with the international body O.I.V’s. Groupe d’Experts sur la Technologie du Vin.  He sold Vinovation in 2008 to concentrate on winemaking, writing, music and exploring the new American wine scene.

In 1993, Smith started WineSmith to explore a range of California terroirs with Cabernet Franc, Cabernet Sauvignon, Chardonnay, Pinot Noir and Roman Syrah made in a European style, emphasizing balance, structural integrity, aromatic integration, profundity and graceful longevity. In 2007, he began making the wines for Diamond Ridge Vineyards, a unique high altitude site in Lake County. He is actively engaged in production consulting for some two dozen wineries on an ongoing basis.

Smith is recognized as a leading authority on the enhancement of wine structure and a vocal proponent of living soil and barrel conservation.  His popular class on Fundamentals of Wine Chemistry has been attended by over 4,000 participants since 1986.  David Darlington’s biography of him in Wine & Spirits magazine won the James Beard award, perhaps a more dubious distinction for the subject than the author.  He directs the Best- of-Appellation wine evaluations for AppellationAmerica.com, and writes a monthly column, “The Postmodern Winemaker,” for Wines and Vines magazine.

In recent years, Smith has become increasingly interested in the study of the relationship of wine and music cognition.  A composer and vocalist, he is currently engaged in the production of a CD of original songs about real life in the Wine Industry.  He resides in Santa Rosa, California.