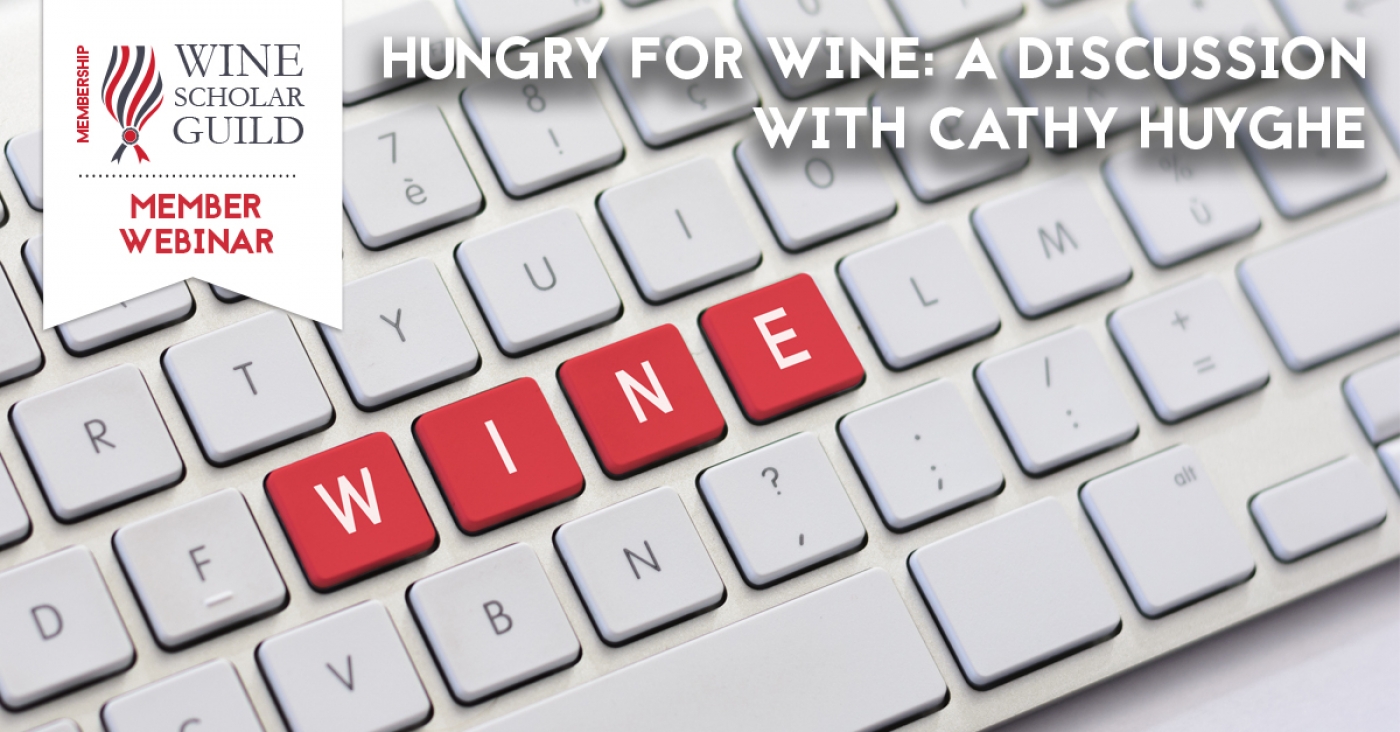 Forbes columnist and founder of 365daysofwine.com, Cathy Huyghe is now the author of Hungry for Wine, a book that includes some things you never expected to find in a book about wine -- things like regrets, migrant labor, war, financial crises, and post-apartheid economics.

Things, too, like following a calling, and doing something even though it makes no sense, and creating the life you imagine for yourself. Join us as Cathy shares some of the stories from her book, while also giving us some insight as to what questions have been gone unanswered in her meetings with winemakers and why she thinks that might be.

Cathy Huyghe is a dynamic media professional with a special interest in wine and the spirit of hospitality. She is also an effective, engaging public speaker on subjects ranging from wine and gastronomy to digital media and entrepreneurship.

Cathy currently writes for Forbes.com about the business and politics of the wine industry. She is the “Wine, Unfussed” columnist at Food52.com, a community of home cooks founded by former New York Times food writer and restaurant critic, Amanda Hesser, and co-author Merrill Stubbs. And she is the Storytelling specialist for the #winelover Facebook group.

Cathy's writing has appeared in print and online for both general-interest and wine industry publications including The Atlantic, Decanter, DailyBeast, The Boston Globe, the Washington Post, Wine Enthusiast, GlobalPost, Grist.org, and Daily Candy. She has also been featured on the BBC, WNYC, WGBH, and Nevada Public Radio.

Cathy is the founder of 365daysofwine.com and Red White Boston, a digital media company for the wine industry. Red White Boston produced daily content, monthly tasting events, and a location-based iPhone app of video wine recommendations from their network of 30+ local partner stores. While in Boston, she also managed the wine cellar at WGBH public broadcasting station and managed wine events for donors and the public.

Cathy’s restaurant experience started when she knocked on the kitchen door at Chez Panisse in Berkeley. She also has worked for Jean-Pierre Vigato in Paris (at Natachef bistro and at his two-star restaurant, Apicius) and for Thomas Keller at Bouchon in Las Vegas. She studied at La Varenne École de Cuisine in Burgundy, France; she completed the Wine Studies program at Boston University; and she received Advanced Certification from WSET (Wine and Spirits Education Trust).

In April 2008 she founded the Harvard Alumni in Wine and Food special interest group, which provides educational and networking services to the Harvard alumni and current students. She currently serves as the President of the Harvard Club of Georgia.

Her other non-profit involvement includes the Women's Solidarity Society at the new National Center for Civil & Human Rights (Atlanta), Coach at GOTR (Girls on the Run) in Atlanta, Board Member at the Greening Youth Foundation (Atlanta), Sunday School teacher for eighth grade girls at Christ the King Cathedral (Atlanta), Board Member at The Food Project (Boston), and Mediator at the Neighborhood Justice Center (Las Vegas).

More in this category: « Women in Wine History: Systematic Exclusion, and the Success of Tenacious Women with Tanya Morning Star Darling Martine Saunier, Interview with a Pioneering Importer »
Tweet